On January 22, 2018, Congress passed and the president signed into law a two-year delay of the “Cadillac tax,” changing the effective date from 2020 to 2022.

The Cadillac tax is a 40 percent excise tax on employer-sponsored health benefits valued annually at more than $10,200 per employee (or $27,500 per family). However, if the majority of covered employees in a given plan are engaged in certain high-risk professions, such as construction, the thresholds are adjusted to $11,850 and $30,950, respectively.

The thresholds are also adjusted for some eligible retirees and may be adjusted for employers whose age and gender workforce characteristics differ from the national average. The value above these thresholds is the amount subject to the 40 percent tax. This number includes employer and employee-paid premiums.

For example, a laborer who is married, has two children and receives health insurance through her employer valued at $35,950 would cost her employer $2,000 in taxes. The breakdown looks like this: 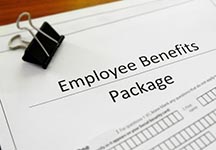 “If implemented, the Cadillac tax would force employers to either pay large penalties or reduce the health care benefits of their employees,” says LHSFNA Management Co-Chairman Noel C. Borck. “This could include increasing out-of-pocket costs for workers through higher co-pays or higher co-insurance, effectively serving as a pay cut. LIUNA and the LHSFNA will continue to fight this flawed provision, which puts the coverage of thousands of LIUNA members at risk.”

Originally included in the 2010 Affordable Care Act, the Cadillac tax has now been delayed twice; it was also delayed for two years (from 2018 to 2020) through the Consolidated Appropriations Act of 2016.

For more information on LIUNA’s stance regarding the Cadillac tax and its effect on hard-working LIUNA members, see our December 2015 Lifelines article Why You Should Fight the “Cadillac Tax” or visit LIUNA’s page on the Affordable Care Act. The Fund’s series of ACA pamphlets answers additional ACA-related questions on topics such as intermittent eligibility, pre-existing conditions and dependent coverage. These and other publications can be ordered using our online Publications Catalogue.

The LHSFNA is proud to be one of several partners in the ongoing effort ...

Since the program’s beginning, Medicare cards have used a person’s Socia...

The American health care system is massive and complex. To navigate this...

Do You Have Enough Insurance to Protect Your…

If your home is destroyed or damaged by a hurricane, wildfire or some ot...

What’s Next for Health Care Reform?

The withdrawal of the American Health Care Act (AHCA) in March provided ...

Site Safety and Health Care News in the…

While a lack of bipartisanship has slowed progress on Capitol Hill, the ...

The ongoing efforts to change or repeal the Affordable Care Act (ACA), a...

Don’t Miss Out on the Benefits of Member…

When LIUNA members come across hazards on the job, they have channels to...