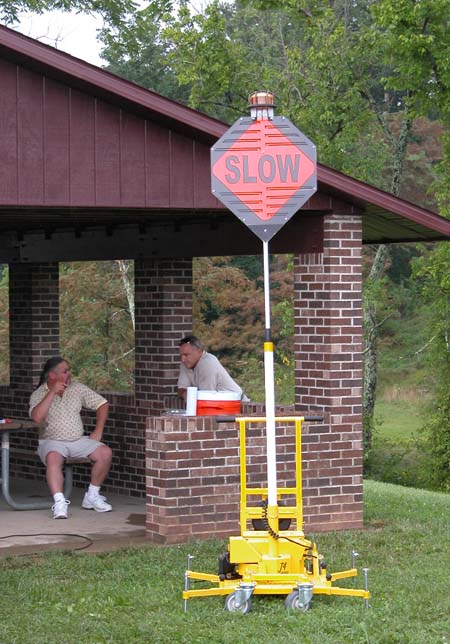 A Laborer, Rick Heinz of Illinois LIUNA Local 477, deserves much of the credit. A flagger himself, Heinz not only recognized that it might be possible to reduce flagger injuries and deaths through a remote-operated mechanical device, he then went out and built one.

His device, the J-4 Flagger Workstation, was one of two that won approval in the FHWA announcement. The other is the Autoflagger, developed by the Minnesota Department of Transportation.

Both devices allow the flagger to operate the paddle at a distance from its location near on-coming traffic. This greatly reduces the possibility of flagger injury when drivers negligently crash into work zones. Such crashes are among the common causes of death for Laborers.