Banding Together to Fight Cervical Cancer

The Washington, D.C., chapter of the Coalition of Labor Union Women (CLUW) is stepping up in the battle against cervical cancer by joining The Pearl of Wisdom Campaign. January 10th and the 11th, the CLUW, alongside the AFL-CIO, will be at the NBC4’s Health and Fitness Expo at the Washington Convention Center to pass out awareness pins and information to the first 1,000 union members who visit the booth. 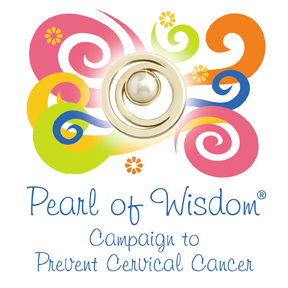 Cervical cancer is a growing concern for women. According to the National Cancer Institute, more than 11,000 new cases of cervical cancer were diagnosed in 2008, and nearly 4,000 women died because of it. Health experts recommend women regularly visit their gynecologists. Routine pap smears and tests for HPV (the human papillomavirus that causes cervical cancer) are key to prevention and early detection.

CLUW is among more than 100 organizations that work with The Pearl of Wisdom Campaign in both the United States and Europe. The U.S. campaign officially kicks off January 14th with a variety of outreach and awareness activities.

Learn more about The Pearl of Wisdom Campaign at www.PearlofWisdom.us. If you live in the D.C. area and would like to attend NBC4’s Health and Fitness Expo, visit www.nbcwashington.com for more information.