“It’s unfortunate but true,” says LHSFNA Management Co-Chairman Noel C. Borck, “for a variety of reasons, construction safety managers too often work in isolation from their industry peers. Without a way to learn from each other, it is on-the-job safety and health that suffers.”

If contractors in New England, New Jersey, New York and other states have their way, however, this situation will be rectified. Under the banner of “BuildSafe,” the construction industry is moving in a new direction. 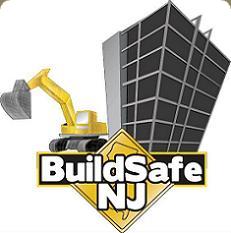 The mission statement of BuildSafeNJ is typical: “BuildSafeNJ is partners working together, advancing safety excellence in the New Jersey Construction Industry, protecting workers and the community.” By convening a formal organization of construction companies represented by their safety personnel, the program overcomes not only the isolation of industry safety professionals but also the long-ingrained reluctance to share any kind of information with competitors, even best practices in workplace safety and health.

In New England, where the forerunners of BuildSafe New England have been established for some years, the committee is going a step further. “We’d already been sharing best practices,” says Executive Director Mary Vogel of The Construction Institute. “Now, we want to inculcate a different mindset on safety. Our premise is that construction can be incident-free, and our members accept that goal.” To this end, the committee is formalizing a Code of Conduct and Memorandum of Understanding and convening workshops to help management and safety personnel change the safety culture in their companies and at their worksites. With management’s cooperation, the committee also conducts “jobsite peer reviews,” interviewing workers about safety on-the-job and then sharing the views of the workforce with company managers.

In general, BuildSafe committees have two main goals. One is to standardize health and safety practices so that employees know what to expect as they move from job to job, a common fact of life in the construction industry. In addition, the organization hopes to take health and safety out of the bid process by establishing a minimum level of safety practice on which all companies agree.

“One of the greatest practical advantages of BuildSafe committees is networking,” says Ken Hoffner of the New Jersey Laborers’ Health & Safety Fund (NJLHSF). “Company safety officers have a chance to meet, exchange email addresses and ask questions of each other as well as government officials and union safety and training personnel.”

The core members of BuildSafe committees are construction companies. Depending on the situation, state and federal government safety officials also participate, as does the Laborers’ International Union of North America (LIUNA) through its labor-management trust funds. In some situations, other building trades’ unions are also active.

While membership is open to companies and unions of all sizes, smaller ones have fewer resources to devote to substantial participation. For instance, in New Jersey, about 30 of the larger building contractors anchor the effort, along with the NJLHSF, OSHA and state development agencies. Some subcontractors, wanting to demonstrate their willingness to accept the safety standards of larger contractors, also participate.

Although New Jersey is about 90 percent union in large-scale construction, non-union companies may join BuildSafeNJ. In contrast, BuildSafeNYC and BuildSafe New England are comprised only of union construction companies.

“BuildSafe organizations are developing in other states and even worldwide,” says Borck, pointing out the new committee in Dubai that was inspired by BuildSafeNYC. “Collaboration for workplace safety appears to be a trend whose time has come.”