Completing the expansion of the LHSFNA Board of Trustees that began last April, F.G. Crosthwaite joined the governing body as the seventh management trustee at the November meeting. 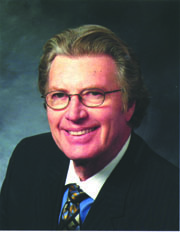 Born and raised in San Diego, Crosthwaite has had a long and varied career in the field of labor relations. He started with the San Diego Gas & Electric Company and then advanced through a series of construction companies – Ebasco Services, Guy F. Atkinson Company and Morrison Knudsen Corporation – to his present position as Corporate Vice President and Manager of Industrial Relations for A. Teichert & Son, Inc.

Teichert is a large, regional construction, mining and manufacturing company, based in Sacramento. Privately owned, it is one of the oldest active contractors in the state.

Crosthwaite is responsible for the company’s industrial labor relations strategy and the management of all 30 of its contracts with a total of seven unions. “We believe in training, and we promote a zero-injury culture when it comes to health and safety on the job,” he says.

After decades of experience in collective bargaining, Crosthwaite is well acquainted with the common ground of labor-management interests in construction and has applied himself to its development. In addition to his new appointment to the LHSFNA Board of Trustees, he also serves on the National AGC Workforce Development Committee, the Laborers-AGC Education and Training Fund, California LECET, the Northern California AGC Union Contractors Council (Chairman) and a variety of northern California labor-management training funds (Laborers, Teamsters, Operating Engineers).

He is married with five children and four grandchildren.