Acknowledging defeat, Canada’s last remaining asbestos mine executive announced October 15, 2012, that the Jeffery Mine in Asbestos, Quebec, will not reopen.

The decision by Bernard Coulombe, Jeffery Mine President since 1991, followed the Parti Québécois victory in Quebec’s September 4 provincial election. Premier elect Pauline Marois made good on her pre-election promise to cancel a $58 million Quebec government loan negotiated last year by the defeated Liberal Party and Coulombe. The loan would have financed the opening and operation for 20 years of a new underground mine in the Asbestos area.

Closed in recent years but intent on reopening, the Jeffery Mine and the neighboring Thetford Mine were the last of Canada’s once mighty asbestos mining industry. For decades, the country was the world’s largest exporter of the toxic substance whose use has been virtually banned in the United States and Europe for the past two decades. Indeed, its use in Canada has long been banned as well, and millions of dollars have been spent removing it from buildings across the country, including Parliament Hill and the Prime Minister’s official residence.

However, many developing countries with lax regulatory regimes have yet to ban asbestos, and Canadian asbestos mining companies continued to profit through exports to them. The largest trade partner was India where the inflammable, fibrous material was mixed into paint and other construction materials. Although Canadian officials claimed asbestos can be safely used if proper procedures are followed, a 2010 documentary, Canada’s Ugly Secret on CBC (Canadian Broadcast Corporation), demonstrated that such procedures are often not employed, with tragic consequences for foreign workers. 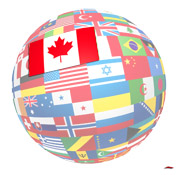 Over the last decade, the country came under increasing international pressure to outlaw the practice, but the Canadian government, including the administrations of Conservative Party Prime Minister Stephen Harper in Ottawa and Jean Charest’s Liberal Party in Quebec, staunchly resisted. Pressure also mounted within the country as the Canadian Medical Association, relying on data that revealed the harmful health impacts of the industry on Canadian mineworkers, mounted a sustained campaign. In addition, the Canadian Labour Congress argued that Canada had consistently ignored scientific and technical information that pointed to the need for a total ban of the product.

Christian Paradis, a Conservative member of Parliament from Thetford Mines, Quebec, who now serves as Canada’s Industry Minister, denied a role of Harper’s government in the decision to permanently close the mines. “The decision to close down the industry has already been taken by Mrs. Marois,” he said.

Importantly, however, he added , “As a direct consequence of her decision, Canada will no longer oppose the listing of chrysotile asbestos as a dangerous substance under the Rotterdam Convention.” Chrysotile is one of several kinds of asbestos and the main product of the Quebec mines. The Canadian Public Health Association applauded Paradis’ decision to allow Canada to sign the Rotterdam Convention.

Microscopic in size, asbestos fibers are hazardous because, once inhaled, they lodge in the lining of the lung. There, over the course of roughly 30 years, they cause asbestosis by building scar tissue that severely hampers breathing and can eventually cause death. In many cases, the fibers also result in mesothelioma, a fatal lung cancer. There is no cure.

While the reopening of the Jeffery Mine was projected to add 425 jobs to the Canadian economy, the on-going use of asbestos results in about 90,000 deaths worldwide each year. The world’s largest producer of asbestos, by far, is Russia, followed by China, Kazakhstan and Brazil. Until its Quebec mines closed, Canada had been ranked fifth.