If it happened in the U.S., the ramifications might have been politically and legally explosive. But last November’s exposure of Laborers to hazardous radiation at a nuclear facility in Canada has stirred only calm reports in the nation’s media. 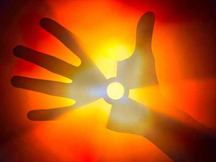 LIUNA local union officials reacted with urgency to the exposure incident, ensuring stepped up workplace safeguards and sampling as well as accelerated testing of exposed workers to assess their health situations and relieve anxiety. The incident, however, did not provoke an outcry against nuclear power.

“It’s different here in Canada,” says Canadian Tri-Fund Director Cosmo Mannella. “Even though we’re vitally concerned with the health of our members, we have national health insurance, so we know they will receive appropriate care. We don’t sue for damages. As to the general safety of nuclear power, our country is committed to expanding its nuclear capacity, and we think it can be done safely.”

Unlike the U.S., Canada did not bar the further development of nuclear power after the serious mishaps at Three Mile Island and Chernobyl three decades ago. Rather, despite minor incidents of its own, Atomic Energy of Canada Limited (AECL) – the nation’s nuclear overseer – continued opening new facilities and perfecting its technology. In recent years, pursuing Canada’s goal of energy independence, the AECL is expanding nuclear power production by reopening several previously closed facilities. Bruce Power, a LIUNA signatory employer, was preparing a Lake Huron plant for reconstruction in November when the contamination incident took place.

Contamination occurs when radioactive particles are inhaled or penetrate the skin. The particles cannot be removed from the body and may eventually cause cancer.

Members of LIUNA LU #1059 were grinding the reactor feeder pipes to remove corrosion when dosimeters indicated the release of cobalt-60 isotopes. Immediately, Bruce Power upgraded protection procedures and increased the frequency of sampling. The follow-up analysis surprised everyone, however, by revealing the unanticipated presence of alpha-emitting contamination. Unfortunately, testing for it had not been conducted during the past year’s work. While only 19 workers (13 Laborers) were exposed in the November incident, as many as 300 may have been exposed during the previous year.

“Radiating substances exist naturally so we’re all exposed to a certain amount of background radiation,” explains Walter Jones, the LHSFNA’s Associate Director of Occupational Safety and Health. “Through chest X-rays and dental visits, we get more. As you might expect, nuclear workers get more than the average exposure.”

Like the U.S., Canada allows nuclear workers to receive up to 50 millisieverts (mSv) of radiation in a year, the equivalent of 500 chest X-rays, or 100 mSv over five years. Some of the early lab reports on LU#1059 members show contamination of 20 mSv.

Since the contamination never leaves the body, workers who amass higher contamination levels must leave their jobs in the industry and, for the rest of their lives, refrain from all but the most critical radiation tests and procedures. Jones recommends that Canadian health authorities set up a monitoring system for all the workers who show significant contamination from this incident.