Two years ago, we covered the reformed Toxic Chemicals Control Act (TSCA), now known as the Frank R. Lautenberg Chemical Safety for the 21st Century Act. The Lautenberg Act gave the Environmental Protection Agency (EPA) the authority to quickly ban or regulate chemicals that are highly toxic or known human carcinogens. The EPA identified the first 10 chemicals that would be evaluated – the most notable one being asbestos. 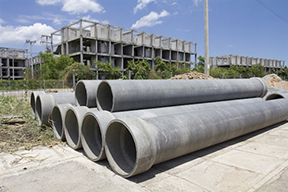 In our original article, we posed this question: “The Lautenberg Act is an improvement, but will it be enough to get harmful chemicals out of the … products we use every day?”

So far, the answer has been a resounding “no.” The EPA hasn’t further regulated any of the 10 chemicals on the list. One of those chemicals, methylene chloride, a common ingredient in paint strippers and other solvents, was recently banned by Home Depot and Lowe’s. Acute exposure to methylene chloride is reported to have caused the deaths of dozens of workers and consumers, and long-term exposure is a probable human carcinogen.

Many thought that if nothing else, the agency might at least move quickly to further regulate asbestos, which is known to cause cancer, asbestosis, mesothelioma and other harmful respiratory conditions. However, instead of continuing to restrict existing asbestos use or banning its use altogether – the material is still allowed in cement pipe, millboard, roofing materials, vinyl floor tile and other building materials – the EPA is moving in the opposite direction.

In June, the agency proposed a significant new use rule (SNUR) that would allow asbestos in certain new building materials and other products. At a time when 65 other countries have banned this dangerous substance, the EPA is considering expanding its use.

“LIUNA members and many other workers already encounter asbestos during repair, maintenance, demolition and disposal operations,” says LIUNA General President Terry O’Sullivan. “Safely handling asbestos requires a significant level of worker training and personal protective equipment because there is no safe level of asbestos exposure. Expanding the use of asbestos to new materials and processes would only guarantee that more workers eventually come in contact with this deadly substance. Doing so is simply the wrong decision for the safety and health of LIUNA members.” 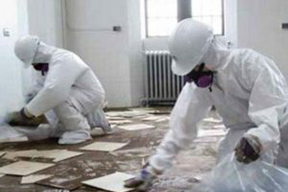 From a safety and health perspective, the best way to protect construction workers and the public from asbestos-related diseases is to eliminate the source of exposure. Barring that, the hierarchy of controls calls for substitution, engineering controls and work practices. Based on that, the EPA should be focused on eliminating new uses of asbestos and creating additional protections for those exposed to it. Creating new avenues for asbestos to be manufactured, whether here in the U.S. or globally, only creates more harmful exposure pathways for workers and the public.

We are still dealing with the fallout of asbestos that was manufactured and put into place decades ago. Estimates place the number of asbestos-related deaths each year in the U.S. between 12,000 and 39,000. New cases of mesothelioma, which are directly tied to asbestos exposure, measure about 3,000 per year. Instead of considering new ways that asbestos could be introduced into the working environment, the EPA should be moving to ban this toxic substance. It is irresponsible to do anything else when we know there is no safe level of asbestos exposure.