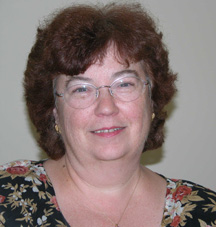 The daughter of a union family in Pennsylvania, Gilbaugh explored teaching (two years of high school English) before she decided to become a nurse. Then, after three more years of school (serving as class president the last two years), she stepped onto the night shift, Labor & Delivery room, of her local hospital. Seven years later, following a two-year diversion as a pharmaceutical sales representative, she came back to the front lines as the clinical coordinator of a Mother Baby Unit at a different medical center.  The next year, she and her sister – also a R.N. – launched their own community health center, eventually employing two midwives and two doctors. She sold the business six years later, afterwards alternating her career between work as a traveling nurse in six states and two stints in hospital emergency and recovery rooms.

And for the past 15 years, while working these other positions, she served part-time as a medical professional under the Hazardous Waste Worker Training Program of the National Institute of Environmental Health Sciences (NIEHS), working first for the Laborers’ District Council of Philadelphia and Vicinity Training/Apprenticeship Fund (in Exton) and later for the Laborers Training and Retraining Trust Fund of Southern California (in Azusa).

Despite the professional responsibilities of her career, Gilbaugh’s greatest challenge came ten years ago when her husband, working in the field with his own fence company, was struck by a falling tree and paralyzed from the waist down. Their lives turned upside down. “In similar situations, most wives are gone within two years,” she says, citing statistics, “but that’s not me. It was time to knuckle down with Rob and solve a new set of problems. And, we’ve done that, step-by-step.”

Looking ahead toward retirement, Gilbaugh and her husband had resettled in 2007 in California, where she worked in an Orange County hospital. Yet, five children and eight grandchildren on the east coast added to the offer to join the LHSFNA’s national staff as the Fund’s full-time Occupational Health Nurse. She came east in June, and her husband – who drives himself across country – soon followed.

In her new position, Gilbaugh supervises and supports the medical professionals who provide medical clearances and teach portions of the Hazardous Waste Classes for trainees at Laborers’ training centers nationwide. She will also teach the health effects portion of those classes, and she will help support local unions and training centers that organize LIUNA health fairs.

This position requires quite a lot of traveling, communications, social relations, teaching and problem-solving, nothing for which Gilbaugh is not well-prepared. “I’m completely qualified and ready for this job,” she says with confidence, and a listener has no doubt.