New studies from ProPublica and OSHA show the dire consequences of workplace injuries. Every year, about 4,500 workers are killed on the job in the U.S. and an estimated 50,000 workers die from work-related diseases. About three million suffer from serious injuries. Much of this we already knew – what these new studies show is that getting injured is only the first problem workers face. 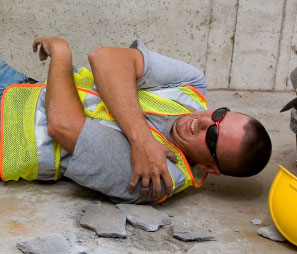 Workers’ compensation began 100 years ago and was designed to compensate workers for their injuries, pay their medical bills and support them while they were recovering. In exchange, they were barred from suing their employer. Over the years, state legislatures have reduced those rights, cutting benefits and making it more difficult to win benefits at all. In the past 11 years, 33 states have cut benefits under pressure from business groups.

Meanwhile, workers’ compensation premiums are the lowest they’ve been in 25 years – so low that only about 40 percent of injured workers even apply for benefits. And the benefits they get vary tremendously from state to state. Losing an eye in Alabama, for example, results in about $27,000 in compensation, while in Pennsylvania you would receive $261,500. Benefits for occupational illnesses are almost impossible to get.

How does this impact workers and their families? It can be devastating. The recent ProPublica series (co-published with NPR) on the demolition of workers’ compensation examines how workers are losing limbs and then their life savings trying to cope with inadequate benefits. According to the OSHA whitepaper Adding Inequality to Injury, about half of the cost of these injuries is borne by the worker and his/her family.

Workers who can’t live on the benefits they receive often end up on Social Security disability, which means the government is footing the bill and essentially subsidizing companies that aren’t paying more for workers’ compensation. 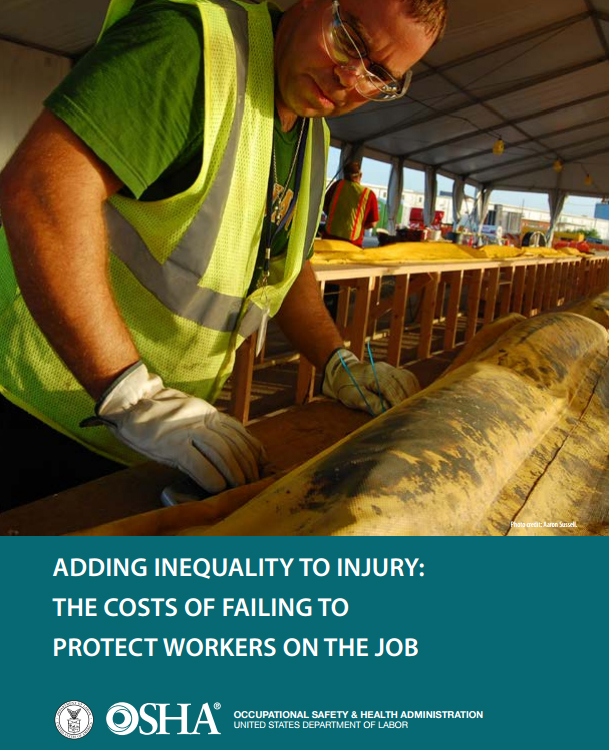 Misclassifying workers as “independent contractors,” a growing problem in the U.S., means that many workers will not qualify for any compensation. By reducing the costs to companies, the incentives to improve their safety programs are also reduced.

Workers need to be treated fairly if they are injured on the job. A better system is needed for occupational illness compensation, as these occur over long periods of time and have causes that are more difficult to identify (making it easier to deny claims). As with some illnesses, like black lung for coal miners, presumptions could be made on known diseases of various occupations. Companies that injure workers currently face reduced compensation costs and low penalties if they get fined by OSHA. More and better incentives need to be designed to make sure companies invest in protecting their workers. The recent emphasis on return on investment (ROI) helps show that these investments pay off, at least in the long term. But even if they don’t, workers still need to be protected from injuries and illnesses on the job. That is the law and has been for over 40 years.