A Blueprint for Suicide Prevention in the Construction Industry 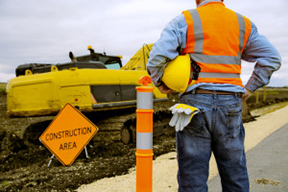 If you work in construction, there is a good chance you or someone you know has been affected by suicide. Research finds that workers in this industry are at a higher risk for suicide compared to many other professions.

Understandably, suicide is not usually a topic of conversation around the jobsite. With that in mind, the Carson J. Spencer Foundation, a Colorado-based suicide prevention nonprofit, partnered with a local contractor and the National Action Alliance for Suicide Prevention to launch an initiative they hope will save lives. “A Construction Industry Blueprint: Suicide Prevention in the Workplace” is a free suicide prevention manual that provides guidance to construction managers on how to make suicide prevention an out-in-the-open health and safety priority. This includes training for initiating conversations about suicide and developing materials like posters that promote mental health and encourage people who are struggling with not feeling embarrassed about seeking assistance. 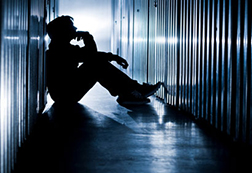 Depression is a serious illness that can contribute to suicide when left untreated. According to the Centers for Disease Control and Prevention 18.8 million American adults (9.5 percent of the adult population) will suffer from a depressive illness in a given year.

If you or someone in your family is struggling with depression, get help. See if you have access to a Member Assistance Program (MAP). Your health and welfare fund may also provide benefits.

Each year, more than 41,000 Americans die by suicide and almost half a million receive medical care for suicide attempts. Combined medical and lost work costs associated with suicide are estimated at $51 billion. More people die by suicide than car crashes, but because of the stigma associated with these deaths, the public is unaware of just how common suicide is. This makes prevention difficult.

Suicide crosses all age, cultural, economic and professional brackets, but some groups are more susceptible than others. Sally Spencer-Thomas, Co-Founder of the Carson J. Spencer Foundation, said the construction industry is vulnerable because it has a “tough-guy culture.”

“This tough exterior can prevent workers from reaching out and getting much needed support and treatment,” Spencer-Thomas said.

Timely professional treatment can often prevent someone considering suicide to act. It is crucial that family, friends and co-workers are aware of suicide’s warning signs and seek help immediately.

Warning signs that someone may be considering suicide include:

If you or someone you know is thinking about suicide:

Anyone who talks about killing themselves should be taken seriously. If you think someone is considering this but they deny it, seek assistance anyway. Time is of the essence when preventing a suicide and there is no such thing as an overreaction.