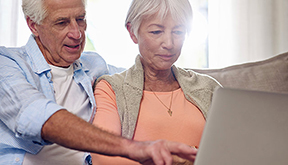 The ongoing efforts to change or repeal the Affordable Care Act (ACA), also known as “Obamacare,” could lead to significant impacts on health care for LIUNA’s health and welfare funds, signatory contractors and members and their dependents. The LHSFNA will continue to monitor new or proposed legislation and share the most pertinent information for LIUNA’s audiences in our bi-weekly Health Care and Insurance News Bulletin.

Following along with health care-related articles and news can be difficult and confusing. There are a lot of terms to understand, and many of them are complex, even for those with a health care background. If you’re interested in following news and information about health care reform, here are some terms you should know.

It’s often overlooked that the ACA was also responsible for expanding Medicaid, a program that provides health coverage to low-income adults, children, pregnant women, elderly adults and those with disabilities. At the end of 2016, Medicaid provided coverage to 69 million Americans.

As a result, Medicaid is a big part of the current health care discussion. Medicaid is funded by both the federal government and the states, with states providing guaranteed coverage to those eligible according to federal requirements.

For more information, see the LHSFNA’s Glossary of Health Care Terms on our Health Care Reform page or order the Fund’s Answering Your Questions on the ACA series from the online Publications Catalogue.