Most Americans Are Unaware of These Cancer Risks 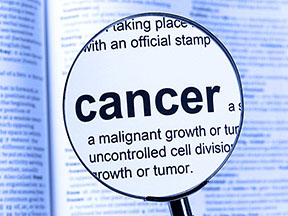 Most Americans know that tobacco use and sun exposure increase cancer risk. However, they are less clear about how other lifestyle choices can also make cancer more likely to develop. The 2017 Cancer Risk Awareness Survey from the American Institute for Cancer Research (AICR) found that less than half of Americans know that inactivity, obesity, excessive alcohol consumption and diets high in red and processed meats and low in fruits and vegetables can increase cancer risk.

These behavioral choices and health conditions can increase risk for cancers of the colon, breast, stomach and prostate. Each year in the United States, more than 1.5 million people are diagnosed with cancer and more than 500,000 die from the disease. The AICR believes cancer deaths in the U.S. could be cut by a third with better understanding of how diet, weight management and physical activity affect cancer risk.

A Crisis in Prevention Awareness

The main takeaway from this year’s survey, which has been conducted every other year since 2001, is that most Americans are in the dark about many of cancer’s risk factors. Key findings include:

The survey also revealed that many people attribute cancer risk to factors that aren’t proven to lead to the disease. More than half think eating genetically modified foods increases cancer risk, although evidence doesn’t support this conclusion. Nearly half believe stress and high-fat foods – known to increase risk for high blood pressure and cardiovascular diseases – can also cause cancer, although clear links have not been found. In addition, most Americans are more focused on inherited risk, which is responsible for 10 percent of cancers and is out of their control.

“We know a lot of healthy people do get cancer, and sometimes it’s easier to worry about genes or uncontrollable things rather than your everyday choices,” said Alice Bender, head of nutrition programs at the AICR. “But the research says that being physically active, staying a healthy weight and eating a plant-based diet has the potential to prevent hundreds of thousands of cancer cases each year. It’s a powerful message.”

Reduce Your Cancer Risk with Help from the LHSFNA

The LHSFNA has developed a number of nutrition and fitness materials for Laborers that provide guidance for improving diet and exercise, which can reduce the risk for many common cancers. The Becoming Physically Active and Weight Matters brochures, which contain tips and information on exercise and diet, can be ordered through the Fund’s online Publications Catalogue. For more information, call 202-628-5465.