Safety and Health Conversations: An Interview with Dr. Christine Branche

Dr. Christine Branche is the Principal Associate Director of the National Institute for Occupational Safety and Health (NIOSH), and the Director of its Office of Construction Safety and Health. Scott Schneider sat down with Christine to find out what happens when a safety and health professional hires a small contractor to work in her own home. 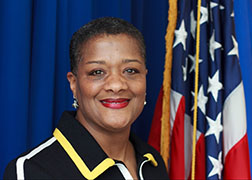 Scott: How did you get involved in occupational safety and health?

Christine: My mother was an occupational safety and health nurse and the idea of a person’s work rendering them unable to bring home a paycheck was compelling to me. In grad school, my master’s project was on communication workers, and when it came time for a PhD topic, I chose fall injuries among construction workers. I started with the CDC’s Epidemic Intelligence Service with a plan to join NIOSH. As I thought more about it, I wanted to expand my understanding of injuries. What was going to be two years focused on non-occupational injury prevention became 19. But because I wasn’t part of NIOSH, I was able to participate in several of their panels as an external reviewer. This included reviewing construction grants, including the initial grant for the National Construction Center, for which CPWR was selected. I later became a Division Director at the CDC National Center for Injury Prevention before an opportunity arose for me to come to NIOSH.

Scott: What do you see as the unique aspects of construction safety and health?

Christine: Two big issues are the brand new construction worker who doesn’t really know the hazards and maybe isn’t trained as well as they should be, and the construction worker who’s been around a long time, feels they know everything and kind of has a cavalier attitude. Small operators are also a constant challenge. Any effort to reach the small contractor is not a day wasted. That group is on OSHA’s radar and often doesn’t receive information federal agencies put out. I’m getting to see these issues firsthand because I’m having construction done at my own home.

Scott: Have you had a chance to talk with them and give them information?

Christine: What’s happening is they aren’t getting any information. I showed my contractor something as simple as the NIOSH Ladder app and then he understood why I didn’t want him on the ladder he had propped against the wall. In the contract, I negotiated that anyone working at heights had to be tied off. When I saw a roofer not tied off, my contractor said, “He’ll be tied off in a minute.” My response was “No, he needs to be tied off now and every single time.” I went back later and saw the roofer was tied off but he had a helper who wasn’t. I quickly corrected them. Next I heard the bricklayer cutting stone and explained they had to wet cut every time. Now my contractors’ employees are wearing N95 respirators every time. I hope that is my parting gift to him. 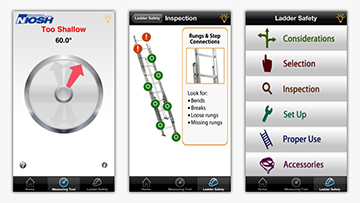 Scott: Do we have to deputize every homeowner? Is that the solution?

Christine: I think we should look to the insurance companies. For example, I got a rider on my homeowner’s insurance policy while this construction was underway. Shouldn’t my insurer ask me questions about who I am contracting with, what assurances I have? We’ve been talking to insurance companies about this year’s falls campaign and seeing how we can get them to talk with homeowners. But we need to educate homeowners too. Contractors come to your home and say they are bonded, and they may be, but as a homeowner, you still have some liability if someone gets injured on your property. When we were negotiating the contract, my contractor presented me with proof of insurance, workers’ compensation, etc. The degree that homeowners are educated about this and are asking questions like I asked could help turn the tide.

Scott: How did you handle the bid process and finding the right contractor?

Christine: Everyone wants to focus on the dollars and some contractors said they could be cheaper than the next person. My response was it’s not going to be cheaper if something bad happens and someone gets hurt on my property. I chose a contractor I could reason with. For example, he was using spray foam insulation and I insisted we turn off the air systems to keep it from going through the house and exposing others who aren’t in the area. He thinks I’m a complete nut, but the idea is everyone is going to stay safe and go home to their families every night. Given the way he was admonishing his helpers at the end of the project, I think I converted him!

Scott: Your firsthand experience really highlights the challenges of getting to the small contractors and the role of the homeowner.

In next month’s issue of Lifelines, the second half of Scott and Christine’s discussion will cover stopping falls in construction and how research at NIOSH can help improve occupational safety and health.