Fighting for All Workers on Workers’ Memorial Day

Each year on April 28th, we observe Workers’ Memorial Day in both the U.S. and Canada as a way to remember all the workers who have been killed or injured on the job. The day serves as a reminder of why organizations like LIUNA and the LHSFNA, as well as the entire labor movement, continue to fight for strong safety and health protections for workers.

At this moment in 2019, the safety and health of workers stands on uncertain ground. The number of OSHA inspectors is the lowest it’s ever been, and the agency has recently made a habit of rolling back and weakening regulations that protect workers. The EPA finally banned methylene chloride, a deadly chemical found in paint strippers, but made exemptions for commercial operators, leaving workers at risk. And as safety-conscious companies look to leading indicators as a way to reduce injuries, safety and health professionals are still forced to rely on an annual report from the Bureau of Labor Statistics that lags a full year behind what’s actually happening on jobsites across the country.

Yet despite all that, the number of workplace fatalities in the U.S., including those in the construction industry, decreased slightly from 2016 to 2017. That’s the good news. However, hidden in that good news are many troubling statistics for construction workers. Fatal falls are the highest they’ve been in 26 years. Unintentional overdoses on the job went up by at least 25 percent for the fifth year in a row. All told, 5,147 workers were killed on the job in 2017. Nineteen percent of those workers (959) were in the construction industry, and 259 of those workers were construction laborers.

“This loss of life is tragic not only for the workers involved, but also for their families and coworkers, who are forever impacted by these events and are left to deal with the aftermath,” says LIUNA General Secretary-Treasurer and LHSFNA Labor Co-Chairman Armand E. Sabitoni. “Many of these workers have young children, who will grow up without their father or mother because of an incident at work that likely could have been prevented. That’s the reality facing thousands of families across the U.S. and Canada every year.”

Frankly, it’s also tragic how consistent these annual Death on the Job reports are, and how little they surprise us. Every year, the fatality numbers change only slightly – 2017’s decrease was less than one percent. The bottom line remains the same: about 5,000 workers in the U.S. are killed on the job every year. It’s human nature to get used to a situation the longer we see it, but this isn’t a situation we should be accepting as normal. Going from 970 construction workers killed in 2016 to 959 killed in 2017 is not the kind of progress anyone should be satisfied with.

While the focus of Workers’ Memorial Day will always be on the workers who lost their lives at work, one fact that often gets lost in the discussion is that far more workers are dying every year off the job than on it. Consider these numbers from 2017: 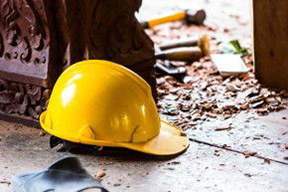 So this Workers’ Memorial Day, as we commemorate all the workers who have died on the job, let’s also remember the need to advocate for changes that better protect the health and safety of all working people, regardless of whether they’re on the job or not. When you consider the sheer number of workers we’re losing annually on our roads and to drugs and suicide, even a modest improvement in any of those areas would result in many thousands of lives saved. When it comes to improving the safety and health of workers, we shouldn’t take any opportunity for granted.