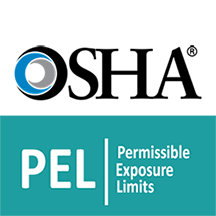 It’s long been recognized by just about everyone (including OSHA itself) that OSHA’s permissible exposure limits (PELs) are grossly out of date. As we recently covered in the Lifelines article, “The Problem with Relying Too Much on PELs,” most of OSHA’s PELs have not been updated since they were first created almost 40 years ago. In many cases, these PELS are based on studies from the 1950s and 1960s. Consider what we know about lead exposure today versus what we knew in the 1970s, for example.

Today’s workplace regulations don’t reflect anything we’ve learned about the hazards associated with lead over the last 40 years. In construction, federal OSHA’s lead standard requires workers to be removed when their blood lead level (BLL) reaches or exceeds 50 µg/dL and allows workers to return to work when their BLL is below 40 µg/dL. In comparison, California OSHA updated its lead standard in 2011, requiring workers to be removed when their BLL is equal or greater than 30 µg/dL. Under California’s more modern understanding of lead hazards, employees who have been medically removed may only return to work when two blood lead tests taken four weeks apart are less than 15 µg/dL.

A History of Failed PEL Reform

In 1989, OSHA tried to update its PELs and establish new ones. Several industry organizations sued and the court threw out OSHA’s planned update, which became a major setback to formally update the PELs. Since then, the courts have forced OSHA to update PELs one by one.

OSHA gets the blame for having outdated – some would even say nonsensical – exposure limits. The reality is that industry opponents continue to use all the political and economic leverage they can muster against this relatively small government agency, to not only prevent them from updating rules, but to prevent OSHA from issuing non-mandatory protective guidelines. As a result, equipment manufacturers and many employers have had little incentive over the last 50 years to expand worker protections when modernizing or buying new equipment.

Under the Obama administration, OSHA tried to address this failure to protect worker health by expanding coverage of its general duty clause to include chemical respiratory hazards covered under existing standards. Prior to this, the general duty clause didn’t extend to existing PELs because those chemical hazards had standards associated with them. This change allowed OSHA compliance officers to use other recognized standards (e.g., ACGIH threshold limit values [TLVs] or biological exposure indices) that are updated regularly and are almost always more stringent than OSHA’s.

For employers, this new interpretation meant that compliance with OSHA PELs was no longer a safe harbor. When workers were experiencing symptoms of chemical exposure, employers had to look to other applicable standards, such as ACGIH TLVs or NIOSH recommended exposure limits. The result would have been better protection for workers against harmful chemical exposures.

Unfortunately, these strengthened worker protections were short-lived. Under intense pressure from industry, OSHA issued a memorandum that rescinded this change. Under the new interpretation, OSHA has reverted back to using the general duty clause “only for respiratory hazards from exposure to an air contaminant that is not covered by an OSHA PEL.” OSHA Area Directors were instructed to ensure that citations under the general duty clause are not based solely on evidence that a measured exposure exceeded a recommended occupational exposure limit, or are not based on the fact that there is a documented exposure to a recognized carcinogen.

The overwhelming majority (85 percent) of safety and industrial hygiene professionals use OSHA’s PELs to monitor hazardous substances and as part of their overall respiratory protection efforts. This is despite it being well-known throughout the profession that OSHA’s PELs are out of date. Reversing this interpretation of the general duty clause removes any reasonable chance that the vast majority of employers will take steps above and beyond OSHA’s outdated PELs to better protect the health of workers.

[Walter Jones is the Fund’s Director of Occupational Safety and Health.]