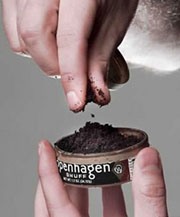 The recent death of baseball great Tony Gwynn is a sobering reminder that using smokeless tobacco can be just as lethal as smoking a cigarette. The San Diego Padres Hall of Fame outfielder and San Diego State University head baseball coach died from salivary gland cancer, a disease he blamed on his decades-long chewing tobacco habit.

“Of course it caused it,” said Gwynn, who was diagnosed in 2010 and underwent multiple surgeries to remove a malignant tumor from his right cheek. “I always dipped on my right side.”

Gwynn’s death has revived calls to ban smokeless tobacco, which has a long association with baseball, from the ballpark. It is also serving as incentive for a number of current players, including Washington Nationals starting pitcher Stephen Strasburg and Arizona Diamondbacks closer Addison Reed to spit out their chew once and for all.

“I think it’s a disgusting habit, looking back on it,” Strasburg said in an interview with MLB.com shortly after Gwynn’s death on June 16th. “I was pretty naive when I started. Just doing it here and there, I didn’t think it was going to be such an addiction. ... Bottom line is, I want to be around for my family. This is something that can affect people the rest of your life. [Chewing tobacco is] so prevalent in this game. It’s something we all kind of grew up doing.”

“I just kept telling myself, ‘Next month, next month, I’ll quit next month,’ and next thing you know it’s been seven or eight years and I’m still dipping,” said Reed in an interview with The Arizona Republic. “I guess it took something like the passing of Gwynn to make me realize it could happen to anybody.”

While it’s not possible to say definitively that smokeless tobacco led to Gwynn’s death, the odds are that it did. Chewed, sniffed or sucked like hard candy, every smokeless tobacco product contains twenty-eight carcinogens. These include formaldehyde, arsenic, cadmium and tobacco-specific nitrosamines, the most potent of tobacco’s cancer-causing agents. Along with highly concentrated forms of addictive nicotine that are three to four times greater than what is delivered by smoking a cigarette, these toxins are rapidly absorbed through the oral and nasal cavities. Like cigarettes, smokeless tobacco can cause cancers of the mouth and throat – about 37,000 new cases are diagnosed annually – and of the esophagus and pancreas. The American Cancer Society estimates that 7,300 people die of these cancers every year. Smokeless tobacco also increases the likelihood for leukoplakia − small white, precancerous patches that form inside the mouth. In addition, the salts and sweeteners in smokeless tobacco increase the risk of high blood pressure, heart disease and tooth decay.

In the United States about 9 million people use smokeless tobacco. A third of them are younger than 21, and more than half picked up the habit before turning 13. While cigarette smoking among working Americans has been declining – from about 22 percent in 2005 to 19 percent in 2010 – there has been no drop in the use of smokeless tobacco. In fact, there has actually been a slight increase. Interest is being stoked by the growing number of public smoking bans, by manufacturers promoting the product as less harmful than cigarettes and by smokers who think using smokeless tobacco will help them quit smoking. It won’t.

Get Help for Quitting Your Smokeless Tobacco Habit

Shortly before he died, Gwynn contributed a statement – he was too weak to speak – for a video produced by the Professional Baseball Athletics Trainers Society that discusses the dangers of dipping. The video will be shown to players in both the major and minor leagues, but Gwynn's message is one that all users of smokeless tobacco and anyone who is thinking about starting should take to heart: “If you aren’t using…please don’t start. And if you are using, try to quit. If not for yourself, then do it for the people you love.”