With the recent boom in North American energy production due to hydraulic fracturing (better known as fracking), LIUNA members are putting in more hours on pipeline jobs across the United States and Canada.

“Distribution of oil and gas through pipelines is one of North America’s most critical transportation systems,” says LIUNA General President Terry O’Sullivan. “Thousands of hardworking LIUNA members have spent countless hours building the network of mainline and distribution pipelines spanning the U.S. and Canada.”

Pipelines are the safest and most efficient way to transport oil and gas over long distances. Department of Transportation safety and accident statistics confirm that, in addition to enjoying a substantial cost advantage, pipelines result in fewer spillage incidents, injuries and fatalities than road and rail transportation. However, despite their public and environmental safety, pipeline construction presents hazards to workers that must be mitigated and controlled.

Rearranging earth, diverting rivers, securing equipment and moving tons of material while performing heavy lifts on unstable ground are all daunting tasks. Pulling them off without accidents and losses is a formidable challenge. The work is strenuous, very fast-paced and is undertaken at remote worksites that offer limited access and are difficult to monitor.

Despite all these seemingly insurmountable hurdles, there are specific and systematic controls that contractors can employ to significantly reduce injuries, accidents and losses. Below are some of the major hazards faced by workers on pipeline sites and ways to abate them.

Cave-ins pose the greatest risk to workers and are much more likely than other excavation-related accidents to result in worker fatalities. Other potential hazards include material handling, falls, unstable loads and incidents (e.g., struck-bys) involving mobile equipment.

An unprotected trench is an early grave. One cubic yard of soil can weigh as much as a car. Unprotected trenches cause dozens of fatalities and hundreds of injuries each year. Trench failures occur more often in winter and early spring when ground moisture is higher, as additional pressure from water in the soil contributes to trench failure. No one should ever enter an unprotected trench. Trenches and excavations five feet deep or greater require a protective system unless the excavation is made entirely in stable rock. Hazards still exist at less than five feet and a competent person is needed to determine if a protective system is warranted. 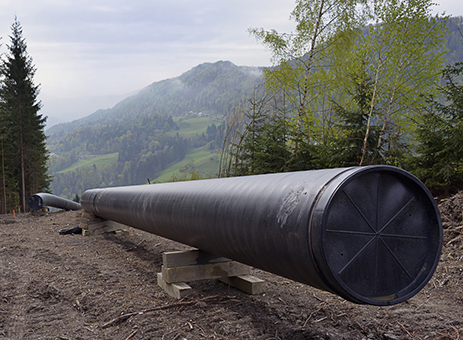 Pipes may move or roll while being unloaded, and workers engaged in moving pipes around the worksite create the potential for lifting or crush injuries. The use of operating equipment to unload items creates swing load hazards. It is necessary to establish and strictly enforce a uniform standard in pipe skid cradles and crotches, as sudden pipe movement is common.

One of the most common injuries on a pipeline jobsite involves pinch points. Pinch points are places or situations in which parts of a worker’s body (often the hands) are caught between two objects. For example, when rigging pipe, workers can get their fingers caught between hook slings where the sling contacts the pipe. Placing the hands or body between pipes as they are being stacked or moved also creates a pinch point. Considering the weight of the pipe, materials and the force of the equipment, getting caught in these pinch points usually results in disabling, serious injuries or even fatalities.

Employers should ensure workers are not placed between ditch walls and the pipe, and also avoid placing them between pipe joints. To prevent injuries, contractors should ensure proper sequencing and staging of material, secure stockpile areas of pipes and fittings and maintain control of loads when they are being lifted and moved. It is also important to identify and be prepared for high risk or unsuitable stringing locations in advance (e.g., sloping or soft ground). 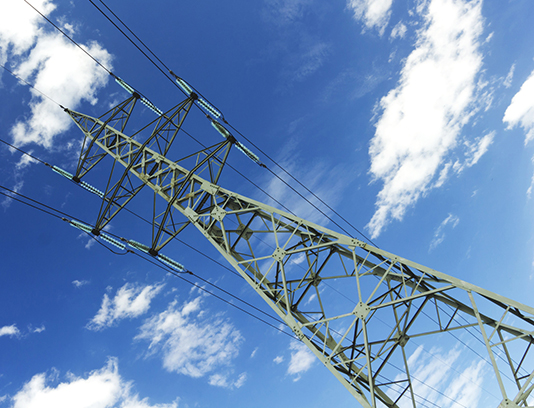 Laborers are often assigned to assist equipment operators and part of that job is to keep the operator informed of any hazards, including overhead power lines. Overhead power lines are very dangerous and can be hidden from view or forgotten by the operator. High-voltage contact is the most common cause of death when working with cranes. When a boom, load or load line touches an energized power line, the electrical current quickly travels down the boom to the cab and the ground. Workers close enough to the crane when this happens can be electrocuted or killed.

To prevent these situations, OSHA requires cranes stay a minimum distance away from power lines. The distance is based on the voltage rating of the power line, with higher voltages requiring longer distances. For lines rated 50 kilovolts (kV) or less, the minimum clearance between the lines and any part of the crane or load is 10 feet.

Further Assistance from the LHSFNA

The LHSFNA’s Safety in the Trenches pocket guide and Excavation/Trench Hazards Health Alert both provide additional guidance on properly shoring and bracing trenches. These and other publications can be ordered using the online Publications Catalogue at http://pubs.lhsfna.org. For further assistance or to set up a visit to your site, contact the Occupational Safety and Health Division at 202-628-5465.

[Walter Jones is the LHSFNA’s Associate Director of Occupational Safety and Health.]