OSHA Fines: Not a Driver for Safety

Over 40 years ago when OSHA was created, Congress tasked them with setting minimum safety standards and enforcing them through inspections. Yet, OSHA has never been given the resources to inspect all the workplaces they cover. In fact, as the AFL-CIO points out, “it would take federal OSHA 139 years, on average, to inspect each workplace once, and state OSHA plans 79 years. The current levels provide one inspector for every 67,847 workers in America.” 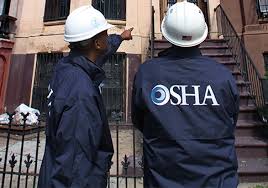 Most employers make an effort to create and follow a program that will keep workers safe. The struggle for OSHA is to target their limited number of inspectors to the workplaces where unscrupulous employers aren’t following the rules.

OSHA has the authority to fine companies for violating their standards, but even the maximum fines for serious ($7,000) or willful ($70,000) violations are rare. In most cases, companies negotiate lower fines in exchange for fixing the hazards. Because of this, average penalties are relatively low, especially compared with other fines such as environmental violations. In 2013, the average penalty for a serious violation was $1,895 for federal OSHA and $1,011 for state OSHAs. Meanwhile, fines for major environmental violations are usually in the millions of dollars or in the case of the Deepwater Horizon oil spill, billions of dollars.

For small companies, a fine of $1,800 can be substantial, but for large companies such a fine seems minor. Suggestions have been made to substantially increase fines or introduce a non-negotiable minimum fine of $50,000 for worker fatalities. Such ideas could be effective, but they also present problems. What happens when workers are killed even though no OSHA rules are violated? Sometimes there is no rule covering the hazard or the rules are inadequate or out of date.

In these cases, OSHA may not be able to fine the company even though a worker was killed. Fines are not assessed based on the result (i.e., a worker losing his/her life), but on the violation. So even though it seems wrong when a company only gets a $7,000 fine after someone is killed at their worksite, it may be all OSHA can do under the law.

Criminal penalties can be pursued for willful violations that result in the death of an employee, but prosecutions and convictions are rare. Even when jail time is handed out, the maximum sentence is only six months. As the AFL-CIO notes, “since 1970 only 84 cases have been prosecuted, with defendants serving a total of 89 months in jail. During this time there were more than 390,000 worker deaths.”

It’s very unlikely that Congress will substantially raise OSHA penalties or increase the number of OSHA inspectors. So what can be done to improve safety and compliance on job sites across the country?

One tool OSHA has been wielding more effectively of late is the media. By publicizing its enforcement efforts, the agency is bringing the threat of inspection and fines to the forefront. Though a fine may not mean much to a large company, their public image is very important. OSHA recently began a “severe violators” program, in part to bring more attention to those companies who perpetually break laws and injure workers.

OSHA has also been crafting more settlements where a company agrees to fix a problem across all of their sites, even though only one location was cited. With the recent Executive Order that will prevent companies who are labor law violators from getting federal contracts, companies have even more incentive to focus on their safety programs.

When it comes to keeping workers safe and complying with OSHA standards, the best defense is a top-notch site safety and health program. The LHSFNA is always available to help LIUNA’s signatory contractors so they can continue to be among the safest in the industry. For more information on what the LHSFNA can do for your company and employees, call 202-628-5465.