In this Lifelines series, we aim to get you up to speed on important safety and health-related headlines you may have missed. 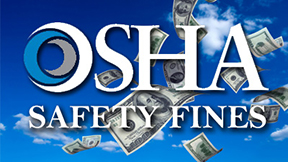 Late in 2015, OSHA announced it would be raising its fine levels for the first time in years. The agency was straightforward about the goal – to deter low-road employers that had come to see OSHA fines as a cost of doing business.

Effective August 1, 2016, those new levels go into effect, with maximum penalties going up 78 percent. The chart below compares the new penalty levels with the old limits.

Unlike in the past, penalties will continue to increase with inflation in future years. Like health and safety standards, these maximum limits must also be adopted by state-run programs, which are required to have rules at least as effective as federal OSHA’s. 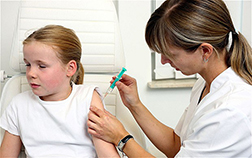 Change Coming for the Flu Vaccine

Children used to getting their annual flu vaccine via nasal spray are likely to be rolling up their sleeves for a shot next time. The Centers for Disease Control and Prevention (CDC) says FluMist, the alternative to the injected flu vaccine, has been increasingly ineffective. The agency is recommending it not be used during the 2016-2017 flu season. An improved spray version may be available again in the future.

How Safe Is Your Hand Sanitizer?

The Food and Drug Administration (FDA) is looking into whether certain ingredients in hand sanitizers are harmful to pregnant women and children. The agency is concerned that common antiseptics (ethyl alcohol, isopropyl alcohol and benzalkonium chloride) are being absorbed into the body at higher levels than previously thought.

No products are being taken off the market at this time, but the FDA says more information is needed about the effects of repeated daily exposure.