Why “Right-to-Work” Is Wrong for Safety

In February, West Virginia became the 26th state in the U.S. to enact deceptively named “right-to-work” laws after the state’s House and Senate overrode a veto from Governor Ray Tomblin. In recent years, similar battles have been fought in Michigan, Wisconsin, Illinois and Ohio, with mixed results. Corporate interests winning out over the working class in a state like West Virginia was shocking to many – especially when the downsides are so well-documented.

“These laws are nothing more than an attack on good, family-supporting middle class jobs,” says LIUNA General President Terry O’Sullivan. “So-called right-to-work laws decrease job safety, increase income inequality and weaken the voice of working families. LIUNA will continue to fight against these laws across the U.S. and Canada in all their forms.”

According to the Bureau of Labor Statistics (BLS), workers in right-to-work states earn almost $6000 less per year on average. They’re also less likely to be offered health insurance at their jobs and more likely to pay higher premiums when it is offered.

The effect on workers’ wages is clear. But worker health and safety suffers too.

The BLS reports the rate of fatalities in the workplace is 54 percent higher in states with right-to-work laws. That is a staggering difference in the level of safety provided to workers.

The BLS reports the rate of fatalities in the workplace is 54 percent higher in states with right-to-work laws.

What’s behind this increase in workplace fatalities? As the Economic Policy Institute notes, right-to-work laws are “designed to hurt unions and lower wages.” Unions give workers a voice in the workplace, allowing them to speak up about hazards on the job without fear of retaliation. When right-to-work laws weaken this system of checks and balances, workers may no longer feel comfortable speaking up about safety.

Unions also pour lots of resources into training workers to do their jobs safely. When unions aren’t able to provide this training, such as through apprenticeship programs, workplace safety suffers. This trend can also be seen in states with low union density, where fatality rates are about twice as high compared to states with high union density. In fact, a University of Michigan study found that for every five percent that union density increases, states can expect a one percent decrease in deaths on the job.

Jeopardizing the Health of Workers and Their Families

Each year, the United Health Foundation (UHF) publishes America’s Health Rankings, which give a comprehensive, state-by-state view of the nation’s health. While personal behavioral choices contribute to rankings like these, the UHF also factors in health policies and the availability of clinical care in each state. As the chart below shows, there’s a strong correlation between right-to-work laws and poorer health for workers and their families. In 2016, eight of the top 10 healthiest states were free from right-to-work laws, while nine of the 10 unhealthiest states were right-to-work. Click here for a larger version of the chart below.

When workers’ paychecks shrink and they don’t have reliable, affordable access to health care, there are real consequences. Public health professionals know that factors like education and income are part of building healthy communities. 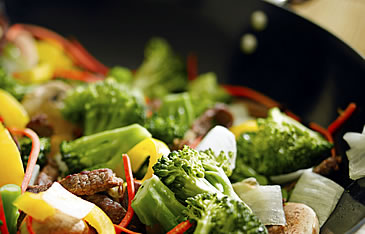 For example, families with extra income are more likely to choose healthier food options. A Harvard study found that the difference between a healthy and an unhealthy diet is about $1.50 a day. For a family of four, that’s about $180 a month. Having the ability to make healthier food choices is just one area where income can directly impact the health of workers and their families.

Public school funding lags behind in right-to-work states, too. These states spend $3,300 less per student on elementary and secondary education, driving away good teachers and leading many right-to-work states to be among the lowest performing in the country.

As U.S. Secretary of Labor Tom Perez said earlier this year, “If you are a member of a union, your median weekly income is roughly $200 more than if you are a nonunion member, and that doesn’t include benefits.”