When President Obama reformed the Toxic Substances Control Act (TSCA) on June 22nd by signing the Frank R. Lautenberg Chemical Safety for the 21st Century Act into law, the response from many organizations was described as lukewarm. But what caused the lack of excitement over a bipartisan law that’s replacing one widely viewed as broken? 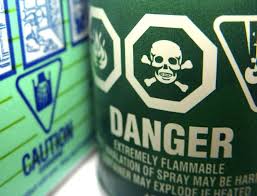 When the TSCA was passed in 1976, it focused mostly on regulating new chemicals. Thousands of chemicals already on the market were “grandfathered” in and assumed to be safe. The law gave the Environmental Protection Agency (EPA) the authority to ban chemicals, but didn’t compel manufacturers to hand over the information the EPA would need to make these decisions. The end result? Only a handful of substances have been banned in the last 40 years.

There’s no question that the new Lautenberg Act is an improvement over the old TSCA. It expands the EPA’s responsibility to regulate dangerous chemicals in many ways:

With all these improvements, why isn’t there more celebration? Organizations like the Environmental Working Group (EWG) say the law was watered down by compromise to the point where it will fall short of protecting consumers.

There are concerns that the EPA’s current funding level won’t allow for a quick review of the hundreds of dangerous chemicals already on the market. This list includes well-known threats like asbestos, C8, styrene and BPA. But those chemicals don’t even scratch the surface of the more than 85,000 chemicals currently listed in the TSCA Control Inventory.

Many environmental and public health groups worry it will take at least 20 years to regulate or ban the most dangerous chemicals. The Lautenberg Act is an improvement, but will it be enough to get harmful chemicals out of the plastic containers, cleaning products, paints, fragrances, toys, batteries and hundreds of other products we use every day?

In the meantime, consumers should continue to push for more transparency about what’s in the products they use, then pressure companies to remove or substitute harmful chemicals for safer ones. Food manufacturers are folding to the pressure and ditching artificial flavors and colors – why should chemical manufacturers be any different?

Got Hazardous Chemicals on Your Site?

The LHSFNA’s Toxics pocket guide details the most harmful chemicals Laborers are likely to come in contact with and how to avoid their harmful effects. Many of the Fund’s Health Alerts also cover harmful chemicals, including:

To order these or other publications, use the Fund’s online Publications Catalogue at http://pubs.lhsfna.org/.