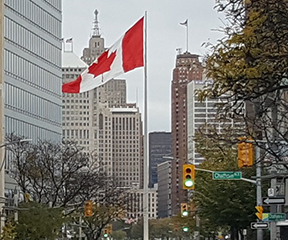 In 2013, Canada became the first country in the world to create a standard for mental health in the workplace. The consensus standard, the National Standard of Canada for Psychological Health and Safety in the Workplace, created a set of voluntary guidelines, tools and resources intended to guide organizations in promoting mental health and preventing psychological harm at work. For more details, see our March 2013 issue of Lifelines.

Since that time, a three year case study of more than 40 organizations has helped to identify the impact of the standard and what steps companies have taken to implement it. The most common actions companies took included:

Within the case study, 84 percent of the organizations surveyed said that protecting the psychological health of their employees was important to them. Almost half (47 percent) said the standard was also an effective way to manage costs. Companies that implemented the standard reported the importance of embedding psychological health and safety in the overall organizational culture, considering employees’ mental health when considering organizational change and sustaining a focus on the standard beyond the initial implementation.

A New Bill to Reduce Harassment and Workplace Violence

More than five years later, Canada is again working to improve mental health in the workplace by seeking to reduce instances of workplace violence. Passed in December of 2018, Bill C-65 affects all federal employees and will go into effect within the next two years.

“While there are differences between health and safety regulations in the U.S. and Canada, the takeaway here should be that Canada is working to put harassment and violence in the workplace on the same footing as physical hazards,” says LIUNA General President Terry O’Sullivan. “That’s an important step forward for mental health and hopefully one that will continue in the future.”

In the U.S., there’s currently a push for workplace violence legislation in the healthcare sector, but no similar initiative exists in construction. The framework created by Bill C-65, and the impact it has over the next several years, should be closely monitored by OSHA and other health and safety advocates in the U.S.

Mental Health in the U.S. and Canada 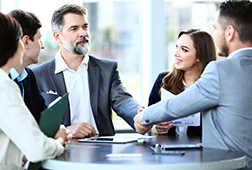 The Mental Health Commission of Canada provides the following definition of mental health, which can serve as a goal for employers: “Mental health is a state of well-being in which the individual realizes his or her own potential, can cope with the normal stresses of life, can work productively and fruitfully and is able to make a contribution to her or his own community.”

The Fund has written extensively about mental health in recent years, often with an emphasis on the U.S. Unfortunately, Canadians struggle with mental health issues at about the same rate. On average, 20 percent of Canadians experience a mental illness or addiction problem each year. Sixteen percent of Canadians say their workplace is a frequent or ongoing source of anxiety, depression or other mental illness.

Mental illness affects people of all ages, cultures and education and income levels. A lack of access to mental health care and affordability are challenges shared by both countries. Even though health care in Canada is governed by the Canada Health Act, mental health services don’t often meet the definition of being “medically necessary.” Unfortunately, Canada is seeing a surge of youth suicides very similar to the one in the U.S., which was covered in our July issue of Lifelines.

The overall mental health and well-being of workers is a complex issue that encompasses a person’s experiences both on and off the job. When employees have to deal with harassment and other forms of workplace violence, there are direct and indirect mental health impacts. It’s commendable that Canada is taking steps to reduce harassment and workplace violence among federal employees. In a few years, it’s possible we’ll see these same protections extended to other parts of the workforce.