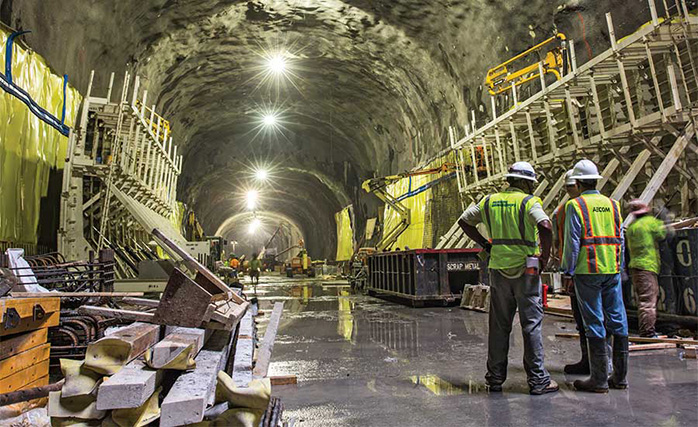 In May, OSHA issued its final rule on Phase IV of the Standards Improvement Project (SIP-IV). We covered the many minor changes the agency made to various standards in last month’s issue of Lifelines. Unfortunately, the final rule failed to revise 1926 Subpart S – Underground Construction, Caissons, Cofferdams and Compressed Air – which is very relevant to LIUNA signatory contractors and other employers working on tunnel projects.

The LHSFNA has argued strongly for updating the decompression tables in the tunneling standard because the existing tables are outdated (40 years old). Tunnel work has changed significantly since the tunneling standard was created. Much of the work is now being done using the less hazardous method of oxygen decompression, and today’s work is also done using higher pressures than in the past. The existing tables do not allow for these measures, making the tables practically unusable. 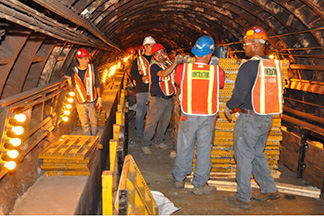 DCS, also called the “bends,” occurs when too little pressure is released from the body after exposure to increased pressure. DCS is more commonly noted among scuba divers, but also occurs among those working in conditions that use compressed air, such as tunnel construction. Moving too quickly from an area of high pressure to low pressure can produce nitrogen gas bubbles in the body. If outside pressure is released too quickly, the gas is released in the body. Just like uncorking a bottle of soda, there is a sudden expansion of bubbles or “fizzing.” Nitrogen bubbles in the blood or tissues can obstruct blood flow or cause pressure effects. This can be very painful and sometimes fatal. 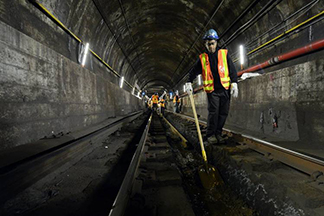 While OSHA agrees that the decompression tables need to be updated, they deemed that SIP-IV was not the appropriate mechanism to carry out a broader update to the tunneling standard. The agency reportedly considered the effect of only updating the tables, but determined that the change would conflict with and not solve the other problems of the current standard. For example, the French tables are designed to be used at higher pressures and for oxygen decompression. If OSHA allowed use of the French tables, it could lead employers to believe that they could use other parts of those tables, which would violate the current standard. So while OSHA and NIOSH agree that the limitations on pressure and the use of oxygen in the current standard are not compatible with modern decompression tables, OSHA determined that SIP-IV was not the appropriate mechanism to update Subpart S. Despite this acknowledgement, there’s so far been no movement on OSHA’s regulatory agenda to issue an updated tunnel standard.

Lacking a modern standard, contractors are left with only one viable option, which is to apply for a federal variance to prove their methods are as safe as the OSHA standard. Getting a variance approved by OSHA is a long and arduous process that can take over a year, and each variance only counts for that specific project. This can easily result in delays on critical infrastructure work and other projects. It’s our hope that OSHA will move quickly to update a standard that would bring immediate benefits to both workers and employers. Modern use of oxygen decompression significantly reduces decompression time, allowing workers to spend more time performing other tasks on site. LIUNA signatory contractors and other employers shouldn’t be forced to apply to OSHA to carry out safe, modern tunnel operations that have become the industry standard.