Only about 10 percent of U.S. workers are part of a union, despite polls that show 65 percent of Americans support unions. Why the disconnect? One big reason is how effective our country’s largest private employers – the Walmarts, Amazons and FedExs of the world – have been at stopping unionization.

In April, Amazon defeated a union drive at its warehouse in Bessemer, Alabama. During that drive, Amazon – the same company that lied about giving delivery drivers so little time for breaks they were forced to urinate in plastic bottles along their route – had no issues with holding mandatory weekly meetings lasting 30 minutes or more to convince workers not to join a union. It isn’t surprising Amazon is staunchly opposed to unions, considering their business model is built on the opposite of everything unions stand for.

Productivity at the Expense of Worker Safety and Health

Amazon is famous for its customer-first approach, but that focus has a side effect – a very high number of worker injuries. According to OSHA data, Amazon warehouses have an injury rate nearly double the industry average. In 2020, there were more than 24,000 injuries at Amazon warehouses that caused workers to miss work or be shifted to light-duty tasks. 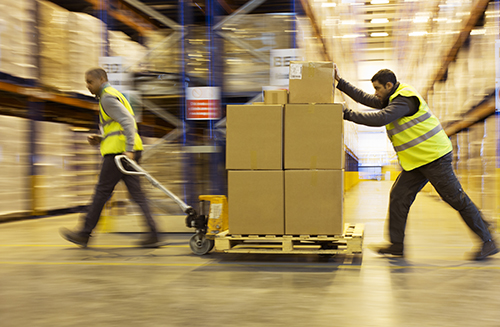 What’s driving these injuries? Mostly, it’s an obsession with speed. Workers who don’t meet certain metrics risk losing their jobs, often without warning. Because of that pressure, workers describe taking shortcuts to meet unrealistic production targets, such as “grabbing a heavy tote from a conveyor belt with one hand while pressing a button on a computer screen with the other.”

In a now-discontinued employee pamphlet, Amazon referred to workers as “industrial athletes,” noting that some warehouse employees will walk 13 miles a day and lift 20,000 lbs in a single shift. Given these demands, it’s no surprise that 40 percent of Amazon’s recordable injuries are musculoskeletal disorders (MSDs). Injury rates are highest during the weeks of Amazon’s popular Prime Day and Cyber Monday.

As robotic pickers were added at many Amazon warehouses, workers have gone from walking many miles a day to standing in one place for 10 hours at a time, which brings its own ergonomic hazards and challenges. An OSHA citation at an Amazon warehouse in New Jersey found that the company “exposed employees to ergonomic risk factors including stress from repeated bending at the waist and repeated exertions, and standing during entire shifts up to 10 hours, four days a week and sometimes including mandatory overtime shifts.”

An OSHA citation at an Amazon warehouse in Seattle found a “direct connection between Amazon’s employee monitoring and discipline systems and workplace MSDs.” In a letter to Amazon, a group of U.S. senators agreed, writing that “by placing such a priority on speed and quota fulfillment, your company requires employees to risk their safety and health to perform and keep their jobs.”

Beyond recordable physical injuries, Amazon workers have also faced inadequate access to restrooms, insufficient COVID-19 protections and unsafe temperatures on the job. The recent union drive in Bessemer, Alabama, began after claims that managers refused to turn on fans during a heat wave, even after a worker had a heart attack and collapsed. Months later, another worker in that warehouse collapsed and died on the job.

Even with a serious injury rate almost twice the industry average, there are signs the true toll on Amazon workers is even higher. Amazon uses a third party for on-site medical care, and it’s been reported that these providers are pressured to avoid giving treatment that would make injuries recordable per OSHA rules. “There was pressure from Amazon and it seemed like it was very explicit that you should try to avoid recordables at all costs,” said a former medical provider.

Amazon isn’t the first company to be accused of discouraging injury reporting; studies show thousands of workplace injuries go unreported every year. Reports that employees are also discouraged from seeking outside medical attention only further the problem. Workers deserve to receive care for on-the-job injuries regardless of whether that care would trigger a workers’ comp claim or be reported to OSHA.

Short-Term Employment That Churns Through Workers

Former Amazon executives and managers have admitted the company intentionally limits upward mobility for hourly workers as part of its business strategy. According to a former Amazon vice president of HR, company founder Jeff Bezos viewed a large, disgruntled workforce as a threat. 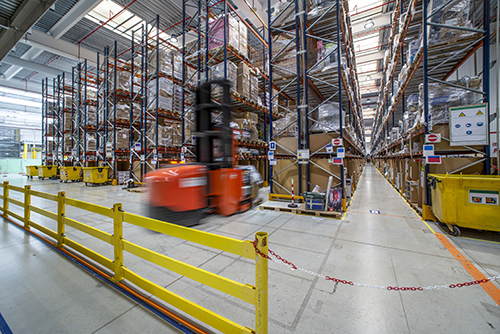 Even before the COVID-19 pandemic, Amazon was losing three percent of its hourly workers every week, which is double the rate of similar companies. At that rate, Amazon must replace the equivalent of its entirely hourly workforce every eight months. However, this isn’t a problem Amazon is trying to solve – it’s by design. At Amazon, guaranteed wage increases stop after three years. At Amazon, workers are regularly offered money to quit their jobs.

This high turnover rate is also caused by the systems Amazon uses to manage workers. Hiring and firing is mostly done through algorithms and apps that run with little human oversight. Workers who are inadvertently fired lose their benefits and are forced to act as their own caseworkers and advocate to chatbots to get their jobs back. Former Amazon managers are on record that the company “knew delegating work to machines would lead to mistakes and damaging headlines, but decided it was cheaper to trust the algorithms than pay people to investigate mistaken firings so long as the drivers could be replaced easily.”

In his viral blog post, former Amazon vice president Tim Bray – who quit when the company fired two whistleblowers during the COVID-19 pandemic – said that, “Amazon treats the humans in the warehouses as fungible units of pick-and-pack potential.” It’s disappointing that our country’s second-largest private employer is only interested in offering its rank-and-file workers temporary jobs, not real careers that can sustain middle-class families.

A Company at a Crossroads

Amazon is one of the world’s most valuable companies and its founder, Jeff Bezos, is the richest man on the planet. Many of those billions of dollars have come on the backs of warehouse workers who have not been treated like people, but like a resource to be used up, discarded and replaced.

For people who ask “Why do we still need unions?” there’s a simple answer. Because Amazon is what happens when a company has all the power and workers have none. Because we shouldn’t have to wait for companies like Amazon to decide it's time to treat workers decently. Because the company run by the richest man on earth shouldn’t make workers choose between safety and a paycheck.

Before stepping down as Amazon’s CEO, Jeff Bezos seemed to acknowledge some of these problems, saying “We have always wanted to be Earth’s most customer-centric company. … Now, we are going to be Earth’s best employer and Earth’s safest place to work.” To make that happen, Amazon is investing $300 million into its WorkingWell program, with the goal of reducing injuries by 50 percent. For workers’ sake, let’s hope that program actually reduces injuries, not only the recording of them. It would be a step in the right direction for a company that has a lot of work to do.