Most large construction companies and project owners say worker safety is a top priority. Many talk about having a goal of reaching zero injuries. But what are they actually doing to back it up?

The LHSFNA, in support of LIUNA’s efforts, recently met with Hess, a leader in energy development that has created hundreds of thousands of hours of work for LIUNA members, to better understand occupational health and safety practices in the oil and gas extraction industry.

While some construction and energy companies artificially lower their injury rates by hiring contractors to perform high-risk tasks, Hess is engaging with and taking responsibility for its contractors. And while other companies focus solely on tracking OSHA recordable data, Hess is taking a more proactive and progressive approach by developing its own safety metrics – and they are getting results. So how are they doing it, and more importantly, what benefits are they seeing?

During the procurement process, Hess identifies high-risk contracts (based on estimated project hours or the type of work to be done) and then takes the following actions:

This process has resulted in a significant drop in contractors’ injury rates year over year. Looking at contractors as an extension of the company itself shows a clear commitment to worker safety and fulfills Hess’s responsibilities under OSHA’s multi-employer worksite policies. Hess is so confident in this approach that they’ve chosen to count and report contractors’ recordable injuries and illnesses as their own, even though they don’t have to.

“LIUNA and the LHSFNA have always supported construction contractors that go beyond a narrow focus on OSHA-recordable injuries and illnesses,” says LIUNA General President Terry O’Sullivan. “While some view safety only as a cost of doing business, companies that are serious about improving the health and safety of workers know that the true goal is preventing injuries from happening in the first place.”

Relying on OSHA recordables alone runs counter to the true goal of prevention because these metrics are lagging indicators – they only look at the past, not the future.

In addition, the pressure on organizations to report zero incidents often – unintentionally or intentionally – leads to underreporting. Without accurate reporting, the workplace could be considered safe while hazards go uncorrected and unreported.

Rather than looking backward, companies like Hess are making work safer by looking forward. This is done first and foremost by engaging workers in a safety process that includes recording safety observations and incident reports, even if they didn’t result in injuries (referred to as “near misses” or “close calls”). In addition to showing workers that safety is a team effort, collecting real-life data allows Hess EHS professionals to customize site-specific solutions.

For example, the Hess worker observation program identified dropped objects as a common issue on their sites. Realizing these incidents brought a high risk of severe injury, EHS personnel implemented a dropped objects prevention program. The result was a dramatic decrease in the number of dropped objects and a safer worksite with less risk for workers.

Anticipating and preventing injuries on the job starts with understanding the activities that lead to those injuries. Focusing on continuous safety improvement through internal metrics has the potential to help companies anticipate and prevent injuries in a way that focusing solely on total recordable injury rate or lost time incident rate can never achieve. 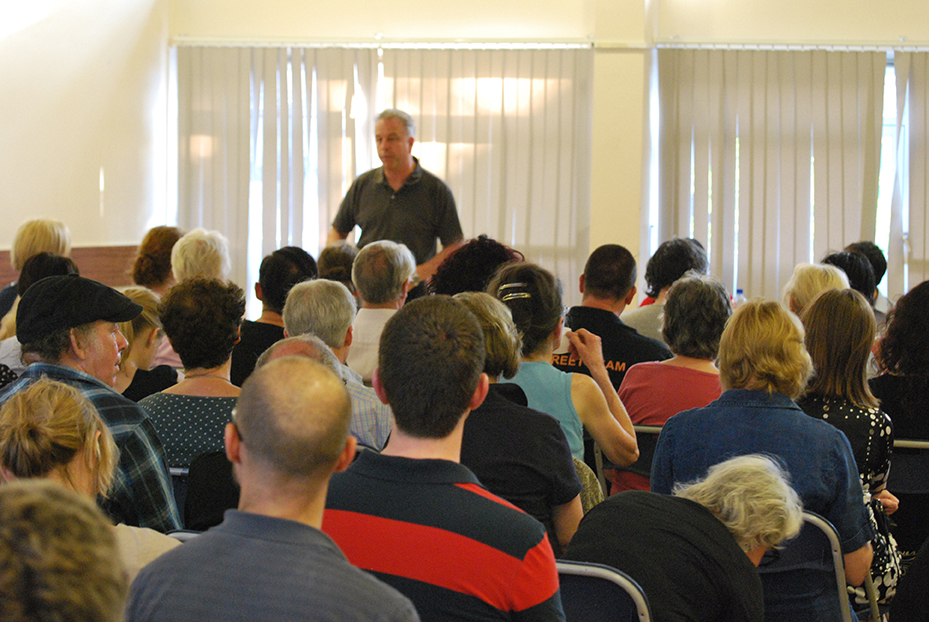 Hess is seeing other benefits to expanding the metrics used to evaluate worker health and safety. Being transparent about safety and other important issues has also enhanced the company’s credibility and reputation in the industry. Having a reputation as a responsible corporation makes it easier to engage with community groups concerned about social or environmental impacts of new projects and brings value to shareholders.

LIUNA and the LHSFNA believe worker health and safety should be an integral part of shareholder sustainability reporting. Hess has shown that commitment to safety and corporate responsibility go hand in hand, and that the result is a better environment for workers and better returns for shareholders.