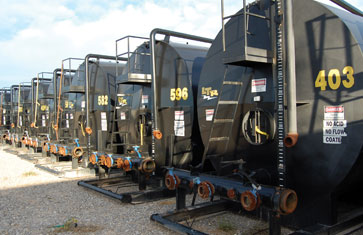 Bureau of Land Management (BLM) officials didn't set out to make U.S. oil fields safer when they proposed revisions to fracking rules three years ago. Their goal, among other things, was to use new meter technology to give a more accurate measurement of how much oil and gas was being extracted from public lands. This was because the U.S. Government Accountability Office ruled that the current antiquated system, which prefers manual tank gauging, was shortchanging taxpayers. At the time, the BLM seemed unaware that requiring workers to perform manual tank gauging was also putting their lives at risk. 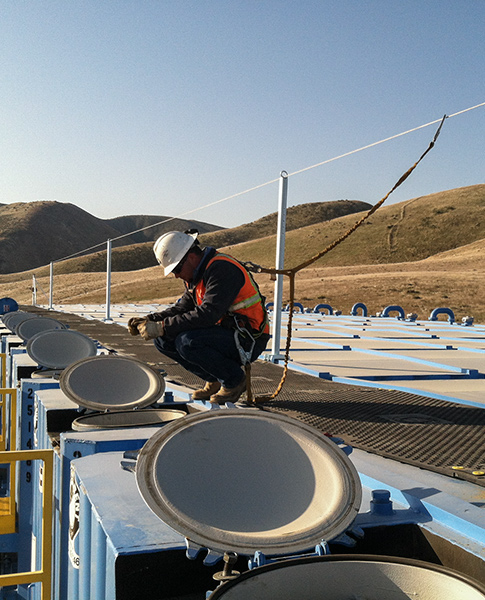 Manual tank gauging exposes workers to hydrocarbon vapors, which can disorient workers to the point where they are unable to escape its lethal effects. At high concentrations, these hydrocarbons can displace oxygen in the air, pushing oxygen concentrations to dangerously low levels and causing victims to asphyxiate, even outdoors. Beyond the threat of immediate death, NIOSH testing has shown that manual tank gauging can also expose workers to unsafe levels of the carcinogen benzene and other petrochemicals. OSHA has issued safety alerts warning companies and workers about the hazard. NIOSH has repeatedly recommended that crude levels be measured without workers opening hatches and looking in.

The LHSFNA, along with NIOSH, responded to the BLM’s proposed rule changes by advocating for the authorization of automatic tank gauging so fewer workers would need to climb on tanks to measure oil by hand. Allowing technological alternatives would result in limiting worker exposures to hazardous atmospheres (acutely toxic, flammable, or oxygen-deficient) when opening hatches on production tanks. Removing the requirement for manual gauging would enhance health and safety for lease operators (also called “pumpers”) and other workers involved with manual tank gauging, working around tanks or sampling/transferring process fluids from production tanks.

Fortunately, the BLM’s final update to its tank measurement rules does allow fracking operators to use automated tank gauging. Manual gauging will still be allowed, but the rules remove the preference for opening hatches and lowering instruments into the crude. The changes also don't apply to private land, but with many companies having leases on both federal and private land, there should be incentive to move to widespread automated systems.

The rules won’t be official until they’ve been published in the Federal Register for 60 days. Officials don’t expect that to happen until early 2017. Once it does, more than 63,000 wells on federal lands will be safer for workers.

Although the revisions started out as a way to ensure the accurate assessment of royalties on federal and tribal lands, this change will give operators the opportunity to protect workers through simple and widely available technology. The LHSFNA will continue its strong advocacy to both federal and state agencies for changes that improve worker safety and also make sense for LIUNA’s signatory contractors.