Every day across the U.S. and Canada, construction workers’ lives are put at risk when they enter trenches that haven’t been built and protected properly. Trenches can collapse without warning, crushing workers beneath soil that weighs thousands of pounds.

To see just how fast things can go wrong, watch this video of an Oregon OSHA inspector who caught a collapse in progress … with a worker still in the trench.

Trenches bring other hazards too. The two workers killed in Boston this October drowned when a water line burst and flooded the trench they were working in. According to the Boston Fire Department, the narrow trench was 12-15 feet deep and lacked the protective systems that could have helped brace it from collapse. That lack of protection is an all-too-common problem.

Now Boston Mayor Marty Walsh is taking action to make sure incidents like this one don’t happen again. Walsh recently filed an ordinance that will allow the City of Boston to deny, revoke or suspend work permits based on an employer’s safety history.

“LIUNA and the LHSFNA are proud of the swift action taken by Mayor Walsh to better protect Laborers and all those working in Boston,” says LIUNA General Secretary-Treasurer and LHSFNA Labor Co-Chairman Armand E. Sabitoni. “Cities across the country could also benefit from passing similar ordinances to help stop negligent contractors from jeopardizing the lives of working people and the public.”

As the Boston Globe noted, the contractor involved in this incident has a history of building unsafe trenches – and they have several willful OSHA violations and fines to prove it.

Unless the excavation is made entirely of stable rock, OSHA requires contractors to protect workers through the following methods when trenches are deeper than five feet:

Trench collapses happen more often in winter and spring when added moisture in the soil increases the weight of soil and puts more pressure on trench walls. This training video shows why no one should ever enter an unprotected trench. 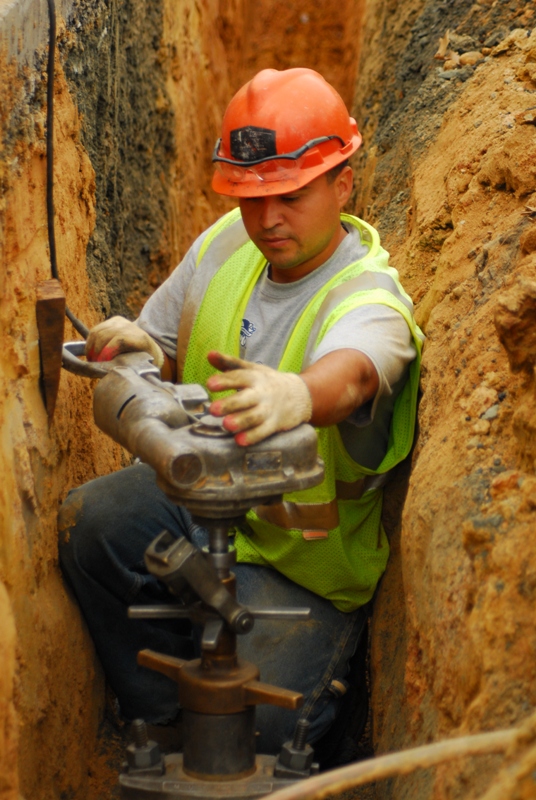 It’s a big misconception that trenches are automatically safe at less than five feet deep, and that OSHA doesn’t regulate them. For example, OSHA mandates all trenches offer safe entry and exit to workers every 25 feet. These and other requirements are why a competent person must be present to determine whether protective systems are needed even at shallow depths or if other hazards exist.

As LIUNA members and signatory contractors continue to replace the outdated water service lines that plague many older cities in the U.S., the need for trench safety is only going to increase. For help on your jobsite, call the Fund’s OSH Division at 202-628-5465.

The LHSFNA’s Safety in the Trenches pocket guide details the hazards, requirements and practices necessary to protect the safety of workers in trenches. It can be ordered from the LHSFNA’s online Publications Catalogue.

You can also download this OSHA fact sheet on trench and excavation hazards or read more about soil type in our previous Lifelines article, “Use a Box or Slope That Trench.”