Keep Sexual Harassment Out of Your Workplace

Sexual harassment in the workplace is making front page news. The fallout should serve as a reminder for all employers to make sure their employees have a clear understanding of what constitutes this conduct and to know it’s not tolerated. The LHSFNA encourages all employers to establish a written policy on sexual harassment that addresses prevention, reporting, investigation and consequences. 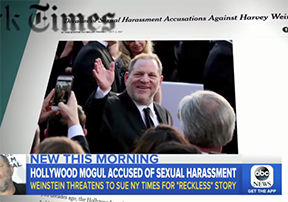 What Is Workplace Sexual Harassment?

Workplace sexual harassment is any unwelcome verbal or physical advance of a sexual nature that creates an offensive, intimidating or hostile atmosphere in the work environment. The person responsible can be a supervisor, a co-worker or even someone from outside of the workplace like a vendor or customer. Harassment can occur on the job or offsite at a job-related function like a meeting or work-related social gathering. A victim can be anyone who is the subject of unwanted behavior or who witnesses the offensive conduct. For example, overhearing sexually explicit comments directed at a co-worker can be harassment even if that co-worker is not offended by the remarks.

There are two categories of sexual harassment: 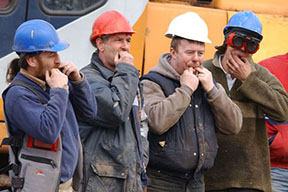 A poll conducted by NBC News and the Wall Street Journal shows that nearly half of the women currently employed in the U.S. have experienced sexual harassment. And it doesn’t always occur behind closed doors. According to the survey, 41 percent of men surveyed have witnessed a female colleague being sexually harassed.

Men are also on the receiving end of unwelcome sexual conduct. Of the thousands of sexual harassment claims filed last year with the U.S. Equal Employment Opportunity Commission, nearly 17 percent were filed by men.

Because employees are often afraid that speaking up will jeopardize their employment, or because they believe it’s just something they have to put up with, sexual harassment is often not reported. However, the high-profile cases now coming to light are encouraging more victims to come forward, which may lead to changes in how many workplaces address sexual harassment.

In Florida, the Crisis Center of Tampa Bay has already reported being contacted by an influx of sexual harassment victims. “We will see women and men come to us that have been carrying this with them for 5, 10, 15 and in some cases 40 or 50 years,” said Clare Reynolds, President and CEO of the Crisis Center. “They finally feel now they have been empowered by what they have seen in the media.”