Methamphetamine Use Spiking Across the U.S.

In addition to an opioid crisis, the U.S. has simultaneously been gripped by a methamphetamine (meth) crisis, though it’s not yet getting the attention it should. Across the country, overdose deaths involving meth more than quadrupled from 2011 to 2017. Admissions to treatment facilities for meth are up 17 percent; hospitalizations jumped about 245 percent between 2008 and 2015. Throughout the West and Midwest, 70 percent of law enforcement agencies say meth is their biggest drug threat. 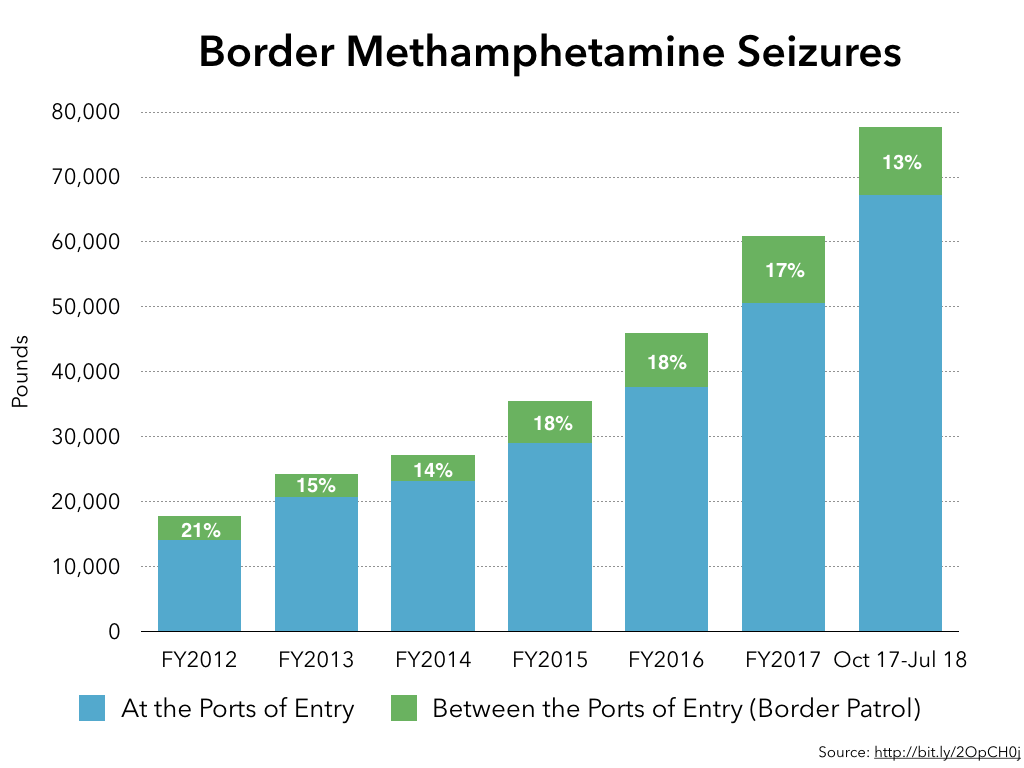 Methamphetamine is a highly addictive narcotic that is seldom used for prescription purposes due to the dangers of addiction and its serious long-term effects on the brain. Commonly known as crystal meth, methamphetamine was popular in the 1990s before laws made it more difficult to access pseudoephedrine, a common ingredient in cold medicine needed to produce it. In recent years, law enforcement officials report more meth being smuggled in by drug cartels. Public health experts say little is being done to combat the surge in meth because it’s been overshadowed by opiates.

Signs of Methamphetamine Use

Some of the signs of meth use and addiction include physical and psychological symptoms: 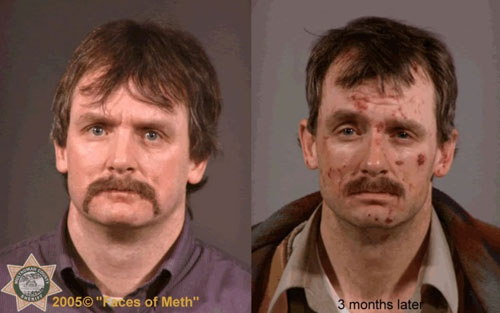 The extreme psychological and physical toll that meth takes on the body makes it one of the most dangerous drugs on the market. Prolonged meth use changes a person’s brain chemistry and makes it increasingly difficult to experience any sort of pleasure without the drug. Damage to the brain can take up to two years to repair and sometimes the damage is irreparable.

In the long-term, people who abuse meth may experience memory problems and an inability to learn new motor skills and other tasks. Intense scratching is a physical side effect that is rooted, in some cases, in psychosis. Those with meth-induced psychosis may perceive bugs crawling all over their skin, and the constant scratching and picking helps relieve this perceived affliction. As a result, skin abrasions and rashes will likely develop.

Another telling symptom of meth use is “tweaking” – a period of anxiety and insomnia that can last for three to 15 days. Tweaking occurs at the end of a drug binge when a person can’t achieve a rush or high any longer. Tweaking can cause psychological side effects, such as paranoia, irritability and confusion due to the desperation to use again. Tweaking can also cause people to experience hallucinations and become prone to violent behavior.

Another sign that someone is using meth is the crash phase. During this period, the body is deprived of the dopamine that meth was supplying, leading to extreme exhaustion. A crash can last anywhere from one to three days and is characterized by long periods of sleep, intense drug cravings and depression.

Unlike treatment for opioid misuse, there is nothing like Naloxone, which can reverse opioid overdoses, or methadone, which can stem opioid cravings, for those using meth. However, with the right treatment plan, recovery is possible. There are several treatment options, but the beginning of recovery involves detoxification. This is a natural process in which the body dispels all toxins from the drug, and it is crucial to recovery. Detox must be completed by a team of healthcare professionals, as the withdrawal symptoms can be dangerous and even deadly.

Many LIUNA Health and Welfare plans provide a Member Assistance Program (MAP) or provide benefits that include various types of substance abuse treatment that can help address a methamphetamine addiction.