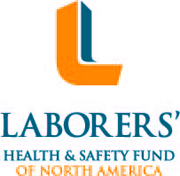 In 2013, 115 articles were published in LIFELINES ONLINE. What were the most popular?

Measuring by the total number of visits to each article, these were the most popular:

Skin cancer is a serious risk for Laborers, many of whom work outdoors much of the time. To raise awareness and encourage precautions, the Fund runs an annual Sun Sense Skin Cancer Awareness Campaign every year. This year, we had new posters, and they were featured in this article.

Scott Schneider, the LHSFNA's Director of Occupational Safety and Health explains why behavior-based safety which aims to reform the behavior of workers is "old school" and ineffective. Rather, employers serious about reducing on-the-job injuries need to get to the root cause of mishaps by encouraging a wide and open exchange between workers and supervisors about what happened and why.

Last spring, the impending implementation of Obamacare raised a host of concerns for LIUNA's health and welfare funds. In April, with the support of the LHSFNA, the union sponsored a national conference for fund trustees and administrators to draw out the issues and explore their ramifications and resolutions.

Fall prevention is a point of emphasis for the Fund's OSH Division. To help contractors improve fall safety management, the Division devised a fall prevention checklist that can be downloaded and printed from the Fund's website.

About half the states operate their own worksite safety and health programs, passing regulations and imposing inspections that must be "at least as effective" as federal OSHA. However, state programs have their own problems, and OSHA is trying to strengthen their performance.

Although it always seemed that they must, federal health care officials confirmed that employer contributions to multiemployer plans – such as those of LIUNA's H&W funds – fulfill the employer mandate of the Patient Protection and Affordable Care Act.

Many soda drinkers choose diet, but the evidence indicates that diet soda is not any better – and may be worse – than regular when it comes to its health effects.

Announcing the kick-off of the Fund's annual Sun Sense Skin Cancer Awareness Campaign (see the top story, above), this article also reviewed chemical exposures that confront Laborers and precautions that should be taken.

By some measures, ladders are the most dangerous pieces of equipment on construction worksites. This printable one-page document outlines the dangers and poses five questions that should be answered before going up on a ladder.

Viewers can access the most commonly clicked articles in any OSH Hazard or HP Program area by selecting a topic from the Division's drop-down menu and then clicking the Popular Articles tab.