Marijuana and Off-Duty Use – Still a Risky Proposition

Depending on where you live, using or possessing marijuana might not get you arrested anymore, but it can still get you fired. 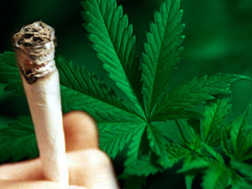 Marijuana is the most commonly used illicit drug in the United States, in Canada and around the world, but legalization efforts are ongoing and evolving.

Twenty states and the District of Columbia have given the green light for medical marijuana. Doctors can now prescribe pot to treat an array of conditions including cancer, chronic pain, epilepsy and glaucoma. Meanwhile, recreational use of marijuana has been approved in Colorado and Washington, and in Alaska, residents can legally cultivate, possess and use marijuana if they have a state issued medicinal marijuana card.

However, regardless of where you punch the clock, evidence of marijuana use can still cost you your job.

Under federal law, which supersedes state legislation, marijuana remains a Schedule 1 drug, despite the fact that the Obama Administration has clearly indicated no intention to prosecute medical or recreational use in states where it is legal. According to the Drug Enforcement Administration (DEA), Schedule 1 drugs, including marijuana, have "no currently accepted medical use and a high potential for abuse." Using or possessing these drugs is a violation of the Controlled Substances Act. Department of Transportation and other federal contractors must comply with the provisions.

This means that even in states where marijuana is legal and even when an employee has a medical prescription, testing positive for pot on a workplace drug test can lead to a pink slip. That is what happened to Brandon Coats, a quadriplegic telephone operator in Colorado who failed a random drug test and was fired by his employer, Dish Network. Wheelchair-bound due to an automobile accident, Coats used prescribed marijuana off-the-clock to control muscle spasms but never came to his job impaired. Coats sued Dish Network, but his dismissal was upheld by a 2-1 vote of a Colorado appeals court.

To minimize confusion and unnecessary hardship for their employees, employers with drug free workplace drug policies should always:

Employees should always know and respect the consequences of violating their employer's drug free workplace policy.

The LHSFNA can assist you in developing a drug free workplace policy tailored to the specific needs of your company. This includes employee and supervisor training. For more information call 202-628-5465.