Often criticized for a lack of action, OSHA is now proposing a new rule that would require all injury and illness records be sent to the agency in an effort to improve enforcement targeting.

“Increasing OSHA’s and the public’s access to injury and illness data will give everyone a clearer picture of current workplace conditions,” says LIUNA General President Terry O'Sullivan. “Because OSHA can only inspect a relatively small number of workplaces each year, having access to more data is an important step towards early and accurate identification of trends in workplace hazards. We will be able to utilize this data to more quickly identify injury and illness problems for our members.” 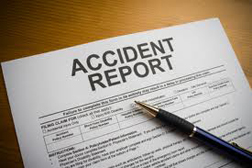 The rule would require all businesses with 250+ employees to send their recordkeeping data to OSHA quarterly. Smaller companies with 20+ employees – in certain industries with high injury and illness rates – would send their data to OSHA yearly. This would alter OSHA’s current system of only requesting a sample of worksite 300 Logs each year.

The rule also proposes the data be sent electronically, instead of the current method of submitting reports on paper, which can cause a backlog in data processing of a year or more. “Processing this data faster will be a tremendous step for occupational safety in general,” says Dr. James Melius, an occupational physician and epidemiologist who is Director of the New York State Laborers' Health and Safety Trust Fund and Research Director of the LHSFNA “The agency can use the data to target the most dangerous workplaces more effectively.”

However, the proposed rule is drawing opposition from many industry groups for one reason: transparency. OSHA wants to publish this data on its website, which would allow researchers, worker representatives and other members of the public to access it. Under the rule, a new employee could, for example, go to OSHA’s website and look up recent injury data for a prospective employer or jobsite. Dr. David Michaels, Assistant Secretary of Labor for OSHA, notes that “with the information acquired through this proposed rule, employers, employees, the government and researchers will have better access to data, resulting in improved programs to reduce workplace hazards and prevent injuries, illnesses and fatalities." Much like the EPA’s decision to release pollution information to the public in its Toxic Release Inventory led to a reduction in emissions, public access to injury data could help pressure companies to improve their safety records.

Business owners, on the other hand, worry that this transparency will affect their ability to bid on jobs and make them targets for advocacy groups and lawyers. Some are calling the release of this information the equivalent of public “shaming and blaming.”

OSHA has stated this proposal would not infringe on the privacy of workers. The rule does not seek to make publicly available any personally identifiable information on sick or injured workers. However, groups who oppose the rule question how effective OSHA will be at cleaning up the data.

What would the day-to-day effects be for Laborers?

As this proposal only aims to alter how data is sent to OSHA, it will not change any current safety standards or lead to OSHA performing more worksite inspections. Some have argued that the biggest change might come in the way injuries are reported, as making the data public could act as a further incentive for businesses to underreport injuries. Although the current proposal fails to establish new rights for workers to resist efforts by employers to suppress injury reports, advocates have called on OSHA to add such provisions in its final rule.

OSHA has extended the deadline for submitting written comments to March 8, 2014. Comments can be submitted electronically here via the Federal eRulemaking Portal or by mail or fax.