A recent study from the Rand Center for Safety and Health in the Workplace concludes that construction work in Britain is much safer than in America. 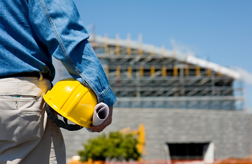 In the U.S., now, about eight construction workers out of every 100,000 die on the job each year. In Britain, the rate is about two per 100,000. This gap has grown larger since the 1990s when the British rate was half of the U.S. rate. Other European Union countries (Finland, France, Sweden, Germany) also have much lower workplace fatality rates than the U.S.

In their analysis, the researchers screened the data by excluding homicides in the workplace (which are exceedingly rare in the U.K. because of strict gun laws) and traffic related deaths (since those are not counted in the U.K. statistics). Leaving aside these kinds of fatalities, if the death rate in construction in the U.S. were as low as Britain’s, over 300 lives would be saved each year.

How can the differences be explained?  Why is construction work safer in the U.K.?  Several explanations are offered:

What can we learn from this study? Can we make construction in the U.S. as safe as in Britain?

Given the rulemaking paralysis in the U.S., it would be difficult for OSHA to match the rules in place in Britain, even though they could have a big impact on safety. Unionization rates are unlikely to grow in the near-term. U.S. government-funded construction is often safer than privateconstruction (sites run by the Army Corps of Engineers have much lower injury rates than private projects in general), but the mix of public- versus Private-funded construction is unlikely to change. If anything, more projects traditionally funded by government are now being funded by public- private partnerships (P3).

So while it is worthwhile noting that construction is safer in Britain and showing it is possible to save hundreds of lives each year, the U.S. is probably not going to match the British record anytime soon. Nevertheless, seeing the potential, we may be inspired and challenged to keep up the work for on-the-job safety and health in the U.S.

The UK has just released its latest statistics for 2013, which show continued improvement. Thirty-nine construction workers died in the UK in the past year.