“Getting sick from a germ picked up in the workplace is not unusual and, for most of us, not likely life-threatening,” says LHSFNA Management Co-Chairman Noel C. Borck. “But the Ebola outbreak has called attention to the fact that when you work in a health care setting, as many Laborers do, there can be more risk.” 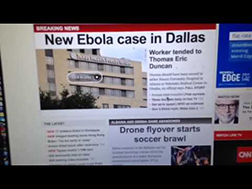 Ebola sickened a number of American health care workers in Africa, as well as two nurses in Texas who became ill after treating a victim who was admitted to their hospital. All of these workers are recovering. Others who have been exposed overseas continue to be monitored for signs of illness. In the meantime, a doctor with American ties who became infected while working in Sierra Leone died after being flown to the United States. 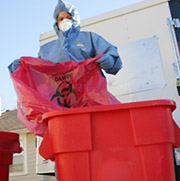 While the likelihood for anyone becoming infected with Ebola remains rare in the U.S. and Canada, Laborers and other workers in health care environments – medical personnel, housekeepers, food service and custodial staff, etc. – routinely confront hazards on the job that put them at risk for a number of serious and deadly healthcare-associated infections (HAIs). These include exposures to blood and other body fluids through needlesticks and other sharp injuries, mucous membrane and skin exposures and through disposal of waste materials including used bandages and disposable personal protective equipment (PPE). These exposures can put Laborers and others at increased risk for human immunodeficiency virus (HIV), hepatitis B virus (HBV) and hepatitis C virus (HCV). 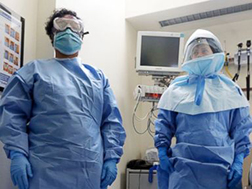 Publicity surrounding the nurses in Texas who were infected with Ebola is generating more interest in OSHA’s plans for an infectious disease rule to protect health care workers from exposures encountered on the job. (California OSHA has already implemented its own infectious disease regulation.) The federal OSHA regulation, which has been in the works for years, includes a formal worker infection control plan (WICP) and guidelines for PPE. As part of the approval process, OSHA has convened a small business review of the proposal. This will be followed by an evaluation from the Office of Management and Budget (OMB) prior to its formal proposal in the Federal Register.

“However, by following proper protocols, the OSHA Bloodborne Pathogens standard and adequate exposure control plans for pathogens that are not bloodborne, the risk for workers in health care environments can be reduced,” Borck says. “These plans must include the active involvement of employees in reviewing and updating the exposure control plan regarding the work they perform.”

Measures for reducing HAI risk for workers in health care environments include:

Work practice controls affecting how tasks and operations are to be performed in all stages of workflow. This includes procedures for controlling exposures during transport of the patient, precautions to be taken during aerosol-generating (“high hazard”) procedures such as intubation, precautions during decontamination of the hospital room and equipment and during handling and disposal of waste.

Personal protective equipment (PPE) including gloves and respirators where engineering and work practice controls do not provide sufficient protection.

Training on the hazards covered by the regulations and the employer’s methods for preventing employee exposure, with an opportunity for interactive questions and answers.

The LHSFNA’s Precautions Against Blood-borne Pathogens Health Alert can help protect Laborers from HAIs. Order this and other health and safety materials through the online Publications Catalogue at www.lhsfna.org.