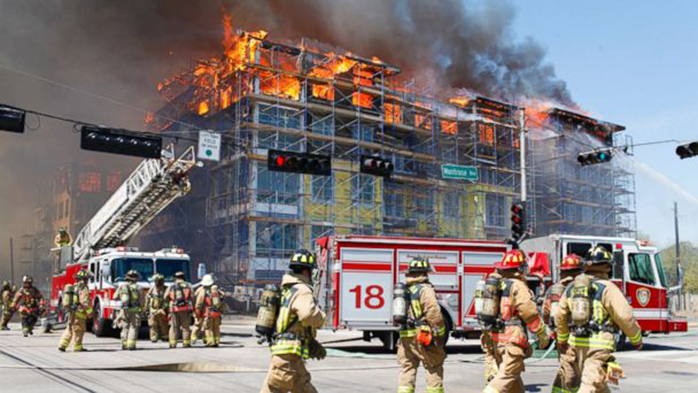 Is Your Construction Site Safe from Fire?

It’s easier than you think for a construction site to go up in flames. All it takes is a spark from a sander or an errant ash from a cigarette igniting with common and flammable construction materials like wood, solvents, packaging and gasoline. 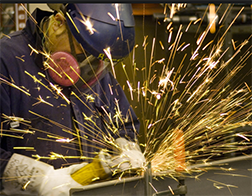 Thousands of construction fires happen annually and they are costly. According to the National Fire Protection Association (NFPA), six fires in apartment complexes under construction were among the largest fires in the country in 2014 and led to damages of more than $176 million dollars. Five of these fires, including one involving a heater used to dry drywall, were caused by heat sources installed or placed too close to flammable materials. Grinding work done too close to woodwork was the source of another blaze. Heat from welding or cutting operations caused three others.

Fires also killed six construction workers in 2014 and injured 120 more. Among these statistics are three construction workers who were using a blow torch to cut rust from a storage tank inside a Dallas skyscraper. The men died from smoke inhalation when the 30-foot-deep tank – part of the building’s heating, ventilating and air conditioning system – caught fire. Investigators said the building’s permit for welding, cutting and hot works had expired and that the contractor wasn’t licensed to do that kind of work.

The Importance of Housekeeping 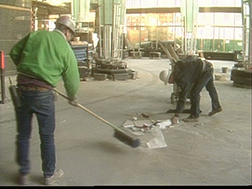 “One of the most important things you can do on a construction site is practice good housekeeping. In addition to helping reduce injuries from slips, trips and falls, good housekeeping can reduce the risk for fires,” says LIUNA General Secretary-Treasurer and LHSFNA Labor Co-Chairman Armand E. Sabitoni. “It’s also important that workers are aware of potential fire hazards at a jobsite and report fire hazards immediately. They need to be familiar with what to do in case of fire, including how to operate a fire extinguisher and how to safely evacuate.”

OSHA standard 1926.150 requires employers to implement workplace fire protection and prevention plans at construction sites. Hazards covered include storage and disposal of flammable liquids, blasting and the use of explosives as well as the placement of temporary heaters and other machinery that gets hot during operation.

All fire prevention programs should address: 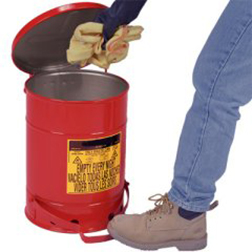 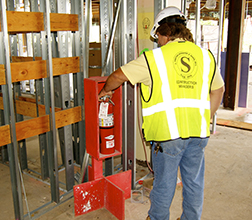 If a fire breaks out:

“Fire risk at a construction site can vary depending on the phase of the project. For example, non-combustible cladding and sprinkler systems might not be in place on a half-finished structure,” says Sabitoni. “That’s why it’s essential to routinely review a job site’s fire protection and prevention plan. A plan that accurately reflects the status of a project reduces the likelihood not only of injuries and death from a fire but also devastating financial loss.”

OSHA requirements for multiple exits, unblocked doors, clear pathways and fire extinguishing equipment are in effect today in part because of the Triangle Shirtwaist Company.

When fire erupted at that New York City factory in 1911, lack of water, locked doors and inadequate fire escapes trapped workers inside and led to 146 deaths. Injuries and deaths from fires still happen, but the numbers have been reduced thanks to OSHA guidelines.

The LHSFNA’s Occupational Safety and Health Division can provide guidance in setting up a fire protection and prevention plan specific to your worksite. This includes site visits and a review of an employer’s safety and health program. The Fund’s online Site Safety and Health Program (SSHP) allows signatory contractors to create individual safety and health programs customized for their specific needs. For more information, call 202-628-5465.