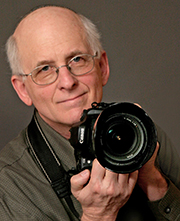 Earl Dotter has photographed construction laborers, coal miners, textile workers, poultry line workers, mail handlers and many other jobs in a career that’s spanned almost 50 years. In that time, he’s been honored with numerous awards and seen his photos appear in Time magazine and in the halls of the U.S. Department of Labor. Scott Schneider sat down with Earl to discuss the impact of some of his photos and how he approaches his work.

Scott: How did you get started taking photographs of workers?

Earl: I was at the School for Visual Arts in New York in 1968 during the sanitation strike. It lasted a week or two and by then Manhattan was inundated with garbage. When the strike ended, I started to photograph scenes of sanitation workers cleaning up the mess.

Scott: What has been the response of workers to your photographs of them?

Earl: It’s been terrific. When I worked for the United Mine Workers Journal I would fly and then drive to remote mining communities, and often I’d be invited to dinner the night before we’d go to the mine. Breaking bread with people beforehand gave me an opportunity to get to know them and for them to get to know me. That might lead my host to say, “Tomorrow on our walkthrough, you’ll see a wet section we have to constantly pump out with electric pumps. When you go through that area, it’s an important picture to take because those miners are in harm’s way.” 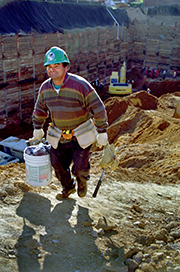 Scott: How do you deal with the issue that it can sometimes be tough to get access to workers or job sites?

Earl: I like to stress working in my own neighborhood. It’s surprising how many workers knock on my door. There’s the UPS man, the mail handler and the gas meter reader. Down the street is the nail salon where my wife goes. Then there are the workers who pick up my trash and recycling. I look at all the services I receive on a daily basis from trade union members and start there.

Scott: You’ve created several iconic photographs, like the one of coal miner Lee Hipshire. What makes a photograph iconic?

Scott: In safety and health we often focus on tragedies, but your photos also show the dignity of work. What do you hope your photographs accomplish?

Earl: I want the audience to see the common ground they share with my subjects of wanting to be treated with dignity and respect. When they see that desire and aspiration in the workers, who have sweat on their brow and are making an effort to do their very best, I think there’s a measure of respect that is given back to those individuals.

Scott: Do you believe your pictures have had a role in promoting new health standards?

Scott: How has your work changed over the past fifty years and how have the subjects changed?

Earl: One of the sea changes was the invention of digital photography. I’m known as a “bridge photographer.” I first worked with film and a wet darkroom. It was a slower, more laborious process, but it gave me the chance to see my mistakes, my successes and try to improve as a visual artist. The digital process is much quicker and lets me show my subjects what I’m doing as I’m doing it. That opens up the door for me to take more photographs. With digital, my subject can see when I finally get the right moment that shows the nature of their work and their dedication to it.

Scott: Do you have tips for others who want to follow in your footsteps?

Earl: Be a photographer and a writer, a photographer and a worker or a photographer and something else you are passionate about. It’s hard to make a living in an era when everyone can be a photographer. When you have a cell phone with you most of the time, that leads to opportunities to spot critical moments. It’s easy to get used to seeing a workplace in a sloppy condition and forget to notice trip hazards like computer cables across a walkway, for example. The camera can find these things, which might be ignored or forgotten until somebody gets hurt. 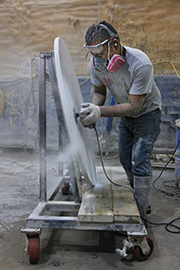 Scott: What do you think about citizen journalists who record events going on around them in society?

Earl: It’s critical to realize our cell phones can play an important documentary role. It has an evidentiary aspect that cannot be ignored. In those critical moments, remember that while background can make or break a photograph, it shouldn’t be more important than the main subject. Simplify the frame, get close enough to really see your subject clearly and then share it.

Scott: What do you think of selfies?

Earl: They are a bit hard to do well. Because you’re using a wide-angle lens, it tends to make the things closer, like my nose, appear larger, so it’s a little distorted. But it’s fun. I like to be included in selfies when someone else is taking the photo.

Scott: How do you envision the future of your photographs? Will they be displayed or evolve with new technologies in other ways?

Earl: I do an exhibit program designed to get the work back to my subjects. For example, I spent a year photographing hazards faced by commercial fishermen. The first exhibit was at the commercial fishing pier in Portland, Maine, so fishermen could see other fishermen who figured out ways to make their job safer. I’ve done this for construction workers, laborers, farm workers and all kinds of subjects as a way to give back.