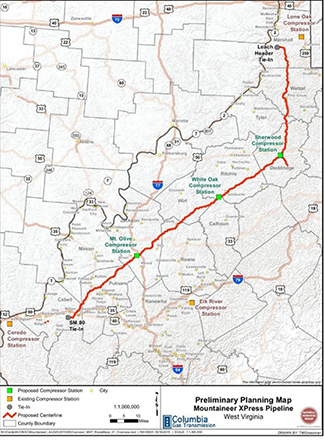 TransCanada and its contractors and subcontractors wanted all employees to understand that every worker on site has the responsibility and the authority to stop any work due to unsafe actions or any work that will create unsafe conditions.

Recent statistics from the Centers for Disease Control and Prevention (CDC) show that roughly 40 percent of workplace deaths occur in vehicle accidents and collisions. Another leading cause was being struck by objects or equipment. With such a large and remote jobsite, workers spend a significant amount of time driving, whether it’s in work vehicles, personal vehicles or construction equipment. I spoke to workers about general driving safety (e.g., seat belt use, not using cell phones) and about ways to reduce congestion on the crowded right-of-way and when traveling to and from the site. I also spoke about the importance of securing any load being transported and using spotters and situational awareness when backing up or parking.

A job safety analysis (JSA) is a procedure that helps integrate accepted safety and health principles and practices into a particular task or job operation. JSAs involve identifying hazards associated with tasks and developing control measures for each hazard before work begins. Foreman should communicate these safe work procedures to workers and make sure all workers have any site-specific training needed to do the job safely. JSAs are a key part of jobsite planning, oversight and coordination with other trades. They are also a great tool for increasing worker involvement.

Lastly, I spoke to workers about PPE. While workers on site already use PPE on a daily basis, this familiarity can at times make it possible to take for granted how important PPE is to worker safety. I closed with a quick refresher on why it’s important to identify and select required PPE before work starts, not once a task has already begun, and why all PPE should be inspected before use and maintained until it’s time to be replaced.