Do you have trouble following directions, staying on task or meeting project deadlines? Try as you might, are you habitually late for work? Do you get frustrated easily and lose your temper? 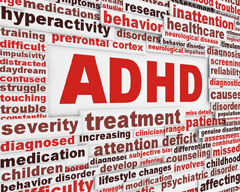 If any of these behaviors describe you, you may have adult attention deficit hyperactivity disorder (ADHD).

ADHD's poster child is the fidgety young boy who doesn't listen to his teacher and who frequently disrupts the classroom. However, girls can also have ADHD and the condition affects more than eight million adults in the United States and Canada.

Unfortunately, most men and women who have ADHD are not receiving treatment. Only recently has the disorder been recognized as a health condition that often continues in the adult years. New research shows that 60 percent of children with ADHD wrestle as grown-ups with its signature hyperactivity, inattentiveness and impulsiveness. These behaviors can seriously affect an adult's professional and personal life. Adults with untreated ADHD often have difficulty with time management and organizational skills, goal setting and employment in general. Employees with ADHD are more likely to use more sick days than those without the disorder. In their personal lives, they are more likely to struggle with relationships, with issues of self-esteem and with addictions.

Adult ADHD is included for the first time in the recently released fifth edition of the Diagnostic and Statistical Manual of Mental Disorders (DSM-5). The DSM is published by the American Psychiatric Association. It is considered the bible of the medical profession for diagnosing mental health conditions.

ADHD is a chronic, chemical imbalance in the brain that affects how information is processed. Genetics is often a factor – ADHD tends to run in families – but other situations can contribute. For example, babies born prematurely or with low birth weight appear to be at increased risk. So are those whose mothers smoked cigarettes or consumed alcohol or other drugs during pregnancy. Children who are exposed to lead, PCBs and pesticides early in life may also be at higher risk for ADHD. 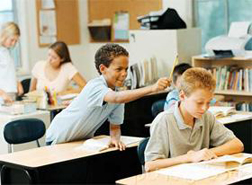 It may not have been identified at the time, but adults with ADHD had the disorder when they were children. ADHD always begins during childhood.

Concerns have been raised in recent years that ADHD is over diagnosed, but the disorder is common, serious and costly. Based on 2005 figures (the latest available), the economic impact of ADHD is estimated to be between $36 and $52 billion dollars annually.

As with children, standard therapies for adult ADHD include medications – usually stimulants, but sometimes antidepressants – education and counseling. These treatments do not cure ADHD, but they can help make it manageable.

Living with ADHD presents challenges, but with understanding and treatment, you can have a life that is productive, successful and happy.