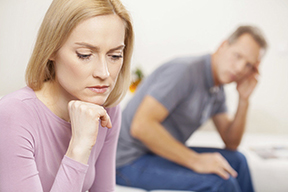 You would be hard pressed to find someone who hasn’t been touched by cancer or another serious and chronic health condition, either directly or through a family member, friend or coworker.

The same is true about drug abuse and alcoholism. According to a new report from U.S. Surgeon General Vivek Murthy, one in seven Americans is likely to develop an addiction in their lifetime. However, unlike those diagnosed with cancer, most people dealing with substance abuse do not get treatment for their condition or receive understanding from their peers. Until this changes, quality of life will continue to suffer not only for the addict but for family members and friends as well. The economic drain exacted by addiction in the U.S. – currently $442 billion annually – will also continue unchecked. 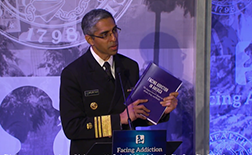 Reports from the U.S. Surgeon General call attention to serious health issues, the toll they take on the country and treatment and prevention measures.

“We have to recognize (addiction) isn’t evidence of a character flaw or a moral failing,” Murthy says. “It’s a chronic disease of the brain that deserves the same compassion that any other chronic illness does.”

Facing Addiction in America: The Surgeon General’s Report on Alcohol, Drugs, and Health, marks the first time a U.S. Surgeon General has issued a report on substance abuse. The report’s findings include that more than 20 million people in the U.S. have ongoing problems linked to the abuse of drugs and alcohol. That’s more than the number of people in the U.S. who have cancer, yet only one in 10 of those affected receives treatment.

“We would never tolerate a situation where only one in ten people with cancer or diabetes gets treatment, and yet we do that with substance-abuse disorders,” Murthy says.

More than 27 million Americans also reported using illegal drugs like heroin and cocaine and misusing prescription opioid pain medications like oxycodone, fentanyl and codeine. Drug overdose, of which opioids are the primary source, is now responsible for 47,055 deaths annually and is the leading cause of accidental death in the U.S. 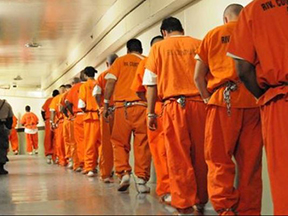 Offenses related to addiction send more people to prison than any other crime. Currently, more than 83,000 people are serving time for drug offenses. Murthy addressed the difficulty of overcoming addiction due to its effect on brain function and highlighted the need for treatment over incarceration.

“I’m calling for a culture change in how we think about addiction,” says Murthy. “Unless we eradicate the negative stereotypes, we won’t create an environment where people feel comfortable coming forward and asking for help.”