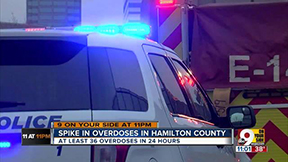 By now the relationship between opioids and addiction is clear. Between 2006-2016, doctors wrote their patients 2.6 billion opioid prescriptions. When these prescriptions ran out and doctors would no longer refill them, millions of Americans found themselves dependent on these powerful painkillers and turned to other – often illegal – sources for more. The result is an escalating public health crisis that’s killing tens of thousands of people every year and showing no signs of slowing down.

These relationships are better understood than they were a few years ago, but what’s not as clear is what can be done to stop it. State laws aimed at reducing public access to opioids prescribed by doctors have been effective, but have come with unintended consequences. For example, a recent report found heroin-related overdoses in West Virginia have increased 200 percent since measures were implemented to limit prescription opioid use. 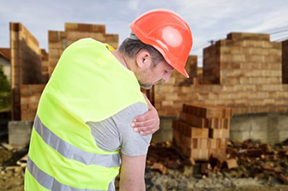 Efforts to limit prescribing and educate patients about the potential dangers of opioids may help. But they don’t address the root cause at the heart of the problem, which is that too many Americans experience pain in the first place. More than 30 percent of Americans have some form of acute or chronic pain. Among older adults, the prevalence of chronic pain is more than 40 percent. We know this is a particular problem in the construction industry, where workers suffer painful injuries at much higher rates than other occupations.

In construction, contractors who are serious about safety make it a practice to perform root cause investigations after workplace injuries and near misses. The goal of these investigations is not to place blame, but to understand the circumstances that led to the injury so it doesn’t happen again. If we were to do a root cause investigation of opioid addiction, the most effective solution would likely be to keep workers from experiencing pain in the first place.

We know that the vast majority of occupational injuries can be prevented. Decades of research and results in the field have proven it. But preventing pain goes beyond stopping serious on-the-job injuries like falls; it must also include the prevention of chronic injuries caused by overuse and other factors.

“Too often injuries suffered on the job are leaving LIUNA members with two bad choices – take a painkiller so they’re still able to work, or don’t work at all,” says LIUNA General President Terry O’Sullivan. “This is not a choice any worker should have to make. More must be done to address this crisis and stop the tragic results that are affecting so many LIUNA members and their families.”

Because construction workers are at greater risk for job-related injuries, they also have a greater chance of being prescribed opioids at some point during their careers or in retirement than most other people. This should be a concern for the entire construction industry, as studies show that signs of physical dependence occur in up to 26 percent of people who take prescription opioids.

These statistics are leading health care professionals to look for alternative treatment options for patients in pain other than prescribing opioids. A recent study of hospital emergency rooms found that over-the-counter medications like Advil, Motrin and Aleve were just as effective as opioids for short-term pain relief when treating broken bones. That’s potentially good news, since about 17 percent of people who visit the ER leave with a prescription for opioids.

While much of the focus is on replacing opioids with other medications, non-drug treatment options also exist. We explored several of these options, including the use of acupuncture and therapeutic massage, in previous Lifelines articles. The LHSFNA’s Exploring Options to Manage Pain: Therapies and Mind-Body Practices pamphlet has more information about these and other alternatives to opioids.

We know how powerfully addictive opioids can be. Preventing the pain that leads to them being needed in the first place would be the best outcome for workers, and the construction industry can play a part in that solution. Every year, contractors and employees jointly focus time and resources on construction’s “fatal four” through initiatives like OSHA’s National Safety Stand Down to stop falls. It’s time to extend that focus and those resources toward preventing construction workers from experiencing the pain that can so easily lead to opioid use and abuse. It’s time to change the mindset among both workers and employers that dealing with pain is just part of the job.