In case you missed them, here are 10 of the LHSFNA’s most popular articles over the last year. Preventing on-the-job injuries, the opioid crisis and other drug-free workplace issues continue to be major areas of concern facing LIUNA members and signatory contractors. The Fund also reported on evolving issues such as changing blood pressure guidelines and innovations in drone use. Check out the full list below to see what other important topics you might have missed. 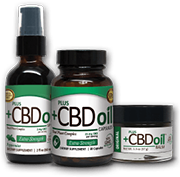 1.  As National Stand-Down to Prevent Falls Approaches, the Need for Unions Is Clear

Over a two year span in New York City, 31 construction workers died on the job from falls. All but three of them worked at non-union sites. While not incident free, union sites staffed by union workers in New York are proving that experience and a commitment to safety make a huge difference.

3. Number of Worker Deaths in Construction Continues to Rise

After several years of declining fatality numbers, a growing number of workers are dying on the job in construction. In 2016, one in five workplace fatalities occurred in the construction industry, and construction laborers led all trades with 26 percent of the fatalities.

Backup alarms are important safety features, but they can be hard to hear above the noise of a construction site. Internal Traffic Control Plans can protect workers by establishing “driving zones” with specified areas for access and egress. These defined traffic routes can minimize the need for vehicles to back up. This is important because nearby construction workers are at risk for serious injury every time a piece of heavy equipment is put in reverse.

6. How Likely Is It a Construction Worker Will Die from Opioids?

Various sources in 2018 reported that construction workers were anywhere from six to eight times more likely to die from an opioid overdose than workers in other professions. Their risk was the highest of any occupation. This article details what some employers and affiliates are doing to combat this problem and keep more workers from becoming addicted to prescription opioids.

Drone systems can monitor construction sites, especially large sites or those spread out over several locations, often more quickly and efficiently than on-the-ground construction management. Infrared cameras, radar and other technology enhance these surveillance capabilities and allow for the tracking of not only construction progress but also workers, equipment and materials.

8. Urgent Care, a Doctor Visit or the ER? Here’s the Best Time for Each

When you or a family member gets sick or hurt, it can be hard to tell whether the emergency room, urgent care or a visit to your doctor or child’s pediatrician is the best choice. The answer isn’t always clear cut, but this guide can help you decide where to go to get the best care for your particular situation.

Workers’ hands are their most important tool. By following the hierarchy of controls to eliminate hand-related hazards and substitute less hazardous processes, many hand injuries can be prevented. Steps must also be taken to train employees on the importance of hand protection and wearing work gloves.

10. CBD Oil: What Is It and Will It Cause a Positive Drug Test?

Based on what we know so far, CBD oil shows some promise as an alternative to manage pain. However, there is concern about the impact it could have on a worker’s ability to pass a workplace drug test. Although the risk of a positive test may be low, as a result of this possibility, CBD oil may not be suitable as a pain management strategy for LIUNA members.