Since 2014, more of the heroin being sold across the U.S. has been laced with fentanyl. Sometimes this is known to the user and sometimes it isn’t. Fentanyl is an extremely powerful opioid that’s between 50-100 times stronger than morphine. It’s a Schedule II drug used primarily for end-of-life care. The drug’s addition to heroin – already an extremely dangerous substance in its own right – caused overdose deaths to skyrocket, as you can see in the graphic below created by the CDC. 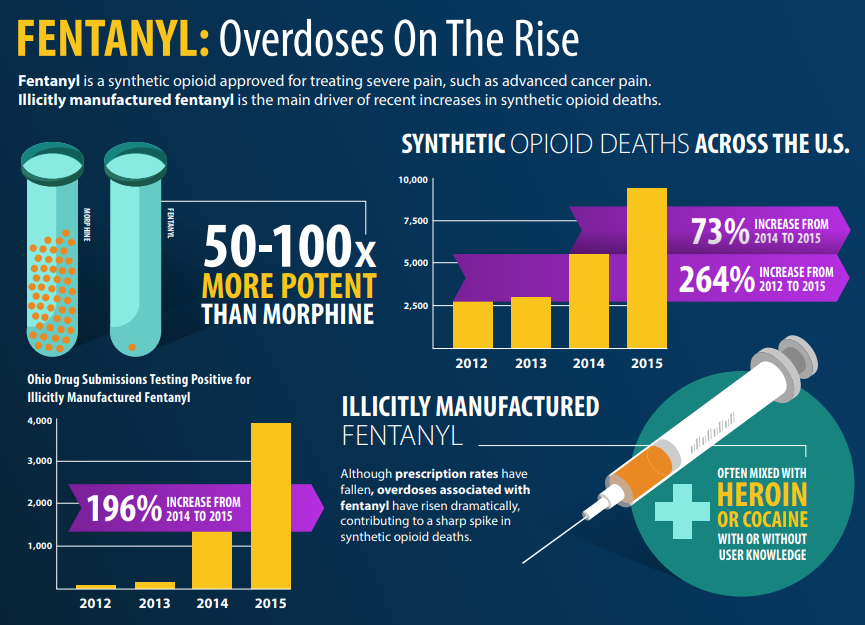 Much of this is background information for those who have been following the opioid epidemic and its impact on the construction industry over the last several years. However, what’s relatively new is that fentanyl is now showing up in other illicit street drugs – most notably cocaine and methamphetamines. As it did with heroin, the inclusion of fentanyl into these drugs is causing a sharp increase in overdose deaths.

Cocaine-related overdoses took the lives of nearly 14,000 Americans in 2017, up 34 percent from 2016. Overdoses from fentanyl-laced cocaine are up across the country, but nowhere is this change being felt more than Ohio. The state has the highest rate of cocaine overdose deaths in the country, with much of the impact being clustered in the Cleveland and Cincinnati areas. At one point this summer, the Columbus area had a two-day stretch that included nine overdose deaths, all linked to fentanyl. 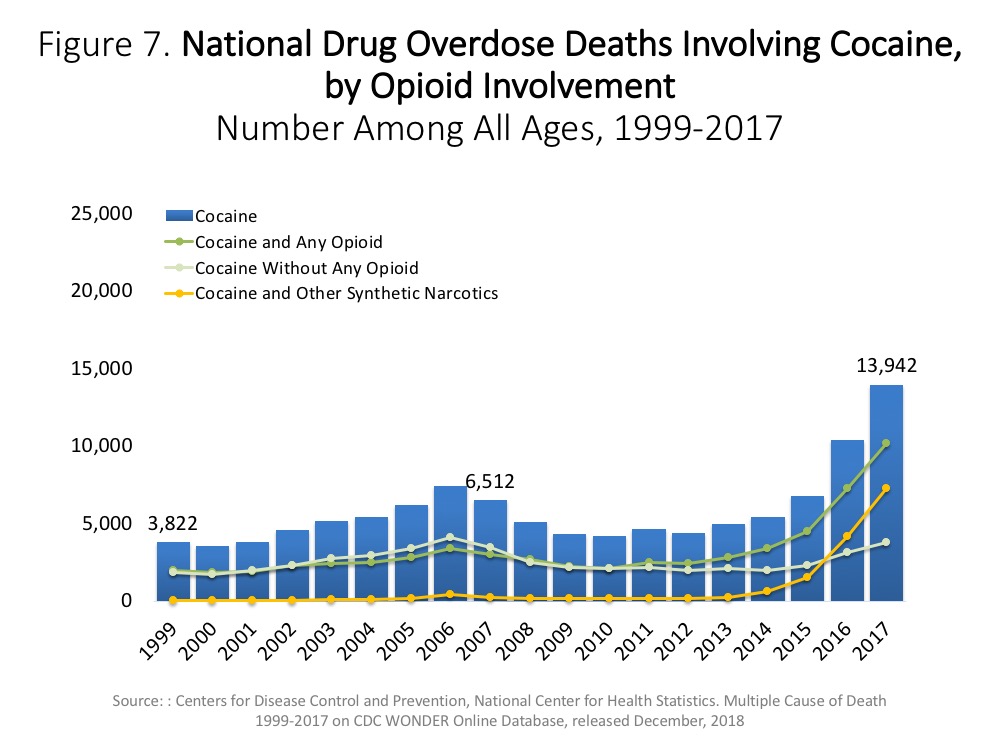 Tom Synan, police chief in the Cincinnati suburb of Newtown, describes it like this, “In the ’70s, a ‘speedball’ was a mix of cocaine and heroin. I call this ‘speedball 2.0.’ Fentanyl has made it much worse. It’s made every drug people are addicted to into a crisis.”

One fact that police are quick to point out is that longtime cocaine users are less likely to carry the opioid overdose reversal drug naloxone because they don’t consider themselves to be opioid users. When an overdose is caused by fentanyl, naloxone can be used to revive a person and save their life (though several doses may be needed because fentanyl is so powerful). If a cocaine overdose also involves opioids, naloxone may help counteract the opioid part of the overdose, but will not reverse the effects of cocaine. Cocaine overdoses are not dose-dependent and are a separate medical emergency that requires immediate attention from 911.

What About Fentanyl-Laced Marijuana?

While there have been reports of marijuana laced with fentanyl appearing in the news, these cases have so far all been debunked after further examination. At this time, the U.S. Drug Enforcement Administration finds no credible evidence that marijuana is being laced with fentanyl.

The following Fund publications provide more information about substance use disorders and the topics discussed in this article. To order these or other publications, visit the Fund’s website at www.lhsfna.org and click on Publications.