Prevalence of Autism in Children Continues to Rise

Millions of children living in the United States and Canada, along with the families who support them, struggle daily with the challenges that come from having autism. With the Centers for Disease Control and Prevention (CDC) reporting that the prevalence of autism in children is now 1 in 68, it’s increasingly likely that a family member or loved one in your life will be affected by the disorder.

Autism, or autism spectrum disorder (ASD), is a complex set of developmental disabilities that lead to a range of social, communication and behavioral challenges in children and adults. These difficulties are caused by language, cognitive and adaptive delays that make people with ASD interact, behave and learn differently than most people. Because ASD affects people in a variety of ways, those with ASD can be high-functioning, with relatively mild challenges, or have more severe symptoms that greatly affect their daily lives.

The prevalence of ASD has been climbing sharply in recent years, rising from 1 in 150 in 2000 to 1 in 88 in 2008. Doctors and researchers aren’t sure exactly what is causing this increase. Some believe it’s due to health care professionals defining a broader spectrum of behaviors as ASD, while others believe doctors are simply becoming better at diagnosing the disorder. Recent advances have broadened our understanding of ASD, suggesting the disorder is caused by a combination of genetic and environmental factors, but there is still much to learn. The CDC’s Study to Explore Early Development (SEED) program continues to examine many risk factors for the disorder. 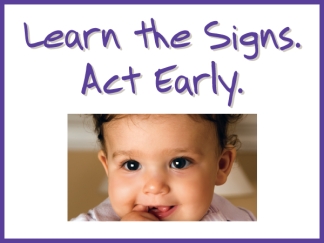 ASD occurs in all racial, ethnic and socioeconomic groups, but is much more likely to occur in boys (1 in 42) than in girls (1 in 189). Signs and symptoms vary from child to child and developmental milestones vary by age group, but some of the most common include:

Parents of children who were later diagnosed with ASD often report suspecting their child had language delays or hearing loss when young, or thinking their child was “too good” as a baby because of a lack of emotion or interaction with others.

Although ASD can be reliably diagnosed in children by age 2, the average age of diagnosis is still 4.5 years old. Too often parents are directed to take a “wait and see” approach. Early diagnosis and intervention are extremely important so children affected by ASD can get the developmental aid they need. The CDC’s “Learn the Signs, Act Early” campaign was started to help push this message out to parents and health care providers. 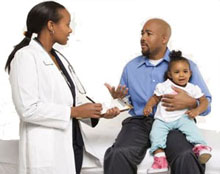 The American Academy of Pediatrics recommends routine child development screenings at 9, 18 and 24-30 months. Monitoring for ASD should become part of this screening process at 18 months, or earlier if a parent or provider has a concern.

Health care professionals can use the M-CHAT-R™ exam to screen for ASD in children as young as 16 months old.

There is no cure for ASD or its main symptoms, but various types of treatment can help those affected with ASD function better in social situations. Behavior and communication therapy, dietary changes and medication are all among the options, but treatment should be tailored for each child’s specific needs.

The CDC has a collection of free resources for parents, child care providers and health care providers. These include fact sheets, resource kits, milestone charts and information about the CDC’s Autism and Developmental Disabilities Monitoring (ADDM) Network.

The Office of the Administration for Children and Families, as part of the federal “Birth to 5, Watch Me Thrive!” campaign, provides free developmental and behavioral screening tools customized for various audiences, including early care providers, families and community members.