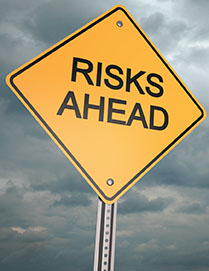 All safety involves choices. Every day on the job, managers, site supervisors and workers all make choices that affect their own safety and the safety of others. Imagine you are walking through a site and see something unsafe. Do you stop and correct it? What if it’s someone from another trade? Would they take offense or tell you to mind your own business? Would your supervisor support you or get on your case for slowing down work? What if the problem is not obviously unsafe, such as someone carrying too much at one time? Would that make it harder to speak up?

Serious injuries don’t happen every day on any individual jobsite. The problem is that they are “low frequency, high consequence” events. About 250 construction workers die each year from falls – roughly one each day. But on any individual site, a fall is a rare event. Similarly, workers may be tasked with entering an unshored trench and accept this risk because they are “only going to be in there for a minute.” Yet it only takes a second for a trench to collapse. 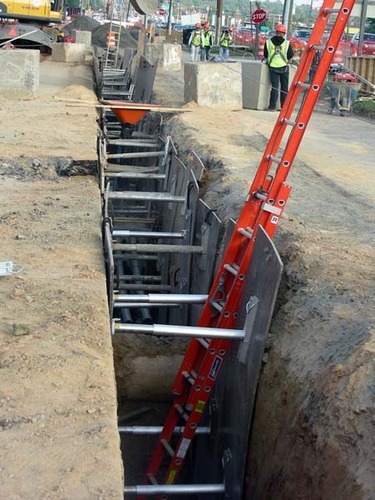 In this case, both the workers and the supervisor might be convinced that the risk is low. It’s human nature to assess risk based on experience, so each time you take a risk and don’t get injured, it reinforces the idea that the task was safe or the risk was too low to matter. Young workers, such as apprentices, may be prone to take more risks to prove they are good workers or they may be less likely to speak up about hazards. Because of these factors, young workers tend to have higher injury rates. The challenge for safety professionals is convincing people to take precautions for risks they may never encounter, but are nonetheless very real dangers.

Labeling a worker’s injury as mere carelessness oversimplifies a complex issue. Workers are often constrained by their environment or employer just as supervisors are often asked to balance safety with productivity. Rather than blame the worker or blame the employer, we should be examining the root causes on both sides that led to the incident. The next step is examining the incentives that promote unsafe behavior and finding ways to stop positively reinforcing unsafe actions.

Changing behavior is never easy. It’s not as straightforward as setting strict rules and enforcing them, since this can lead to people obeying the rules when management is watching and ignoring them when they are not. Rules have to make sense for workers to buy in and follow them. As much as possible, rules also should not interfere with the job or productivity. If so, people will be pressured to cut corners. Understanding the human aspects of safety takes time, but in the long run, may prove more effective than the top-down command and control model so prevalent in construction today.

Workplaces are getting safer, but we are never going to reach our goal of zero injuries and fatalities until we understand why people do what they do. Only then can we address the root causes of unsafe decisions.