In October of 2016, two construction workers in Boston were killed when a water main broke and flooded the trench they were working in. The trench was almost 14 feet deep and was not properly reinforced. When the company’s long history of safety violations came to light, Boston Mayor Marty Walsh acted quickly to help pass an ordinance that allows the city to deny permits based on a company’s safety history.

“Mayor Walsh should be commended for making it clear that keeping workers safe is a requirement for construction contractors working in the city of Boston,” says LIUNA General Secretary-Treasurer and LHSFNA Labor Co-Chairman Armand E. Sabitoni. “We’ve known for years that proper trench and excavation procedures save lives. There’s no excuse for not following them and putting workers’ lives at risk.”

OSHA’s investigation into Atlantic Drain after the incident resulted in 18 willful, repeat, serious and other violations totaling almost $1.5 million in fines. Those violations included failure to install a support system to keep the trench from collapsing, failure to provide a ladder so workers could exit the trench and failure to adequately train workers. It’s only the second case in the last 20 years in New England to exceed $1 million in fines. The case also gained national attention because of another rare occurrence – it resulted in criminal charges. 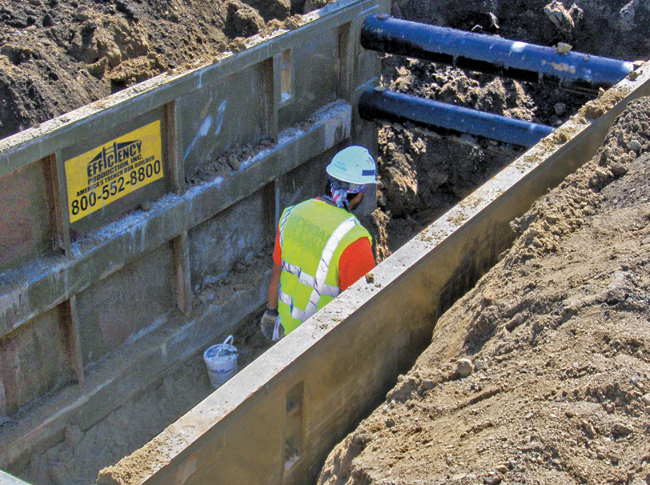 These fatalities are not isolated incidents. Trench fatalities more than doubled in 2016, with 23 workers killed compared to 11 in 2015.

These deaths can be prevented if employers follow the procedures laid out in OSHA’s trenching and excavation standard, such as shoring or sloping trench walls over five feet deep, removing spoil piles and equipment from the sides of the trench and training workers to recognize and avoid hazards. The LHSFNA’s Safety in the Trenches pocket guide provides more information about the standards and best practices that can keep workers safe when working in and around trenches. You can order this pocket guide and the Fund’s Excavation/Trench Hazards Health Alert in our online Publications Catalogue.

Preventing trench collapses is so important because unlike other types of on-the-job injuries, workers rarely survive them. One cubic yard of soil can weigh upwards of 3,000 pounds – a force strong enough to crush limbs and force air from the lungs. When a trench collapses with workers inside, the situation often goes from rescue attempt to recovery effort within minutes. To see how quickly things can go wrong, see our previous article, “Watch How Quick a Trench Can Collapse.”

A Massachusetts grand jury indicted Atlantic Drain’s owner, Kevin Otto, who also oversaw the worksite on the day of the fatalities, with two counts of manslaughter. “The defendants were well aware of this shoring requirement, as well as the grave danger that workers would be exposed to without it,” said Suffolk County District Attorney Daniel F. Conley. “That isn’t an accident. That isn’t negligence. That’s wanton and reckless conduct, and we believe it cost two men their lives.”

Although it’s still uncommon, criminal charges being filed in the aftermath of worker fatalities are happening more often. Last year, a Manhattan judge found Harco Construction guilty of manslaughter and criminally negligent homicide after a collapsed trench left another worker dead. That case was especially notable because Harco, as the general contractor, unsuccessfully argued that liability should actually fall on their excavation subcontractor. “[This] guilty verdict should signal to the construction industry that managing a project from afar does not insulate a corporation or general contractor from criminal liability,” said Manhattan District Attorney Cyrus R. Vance, Jr. 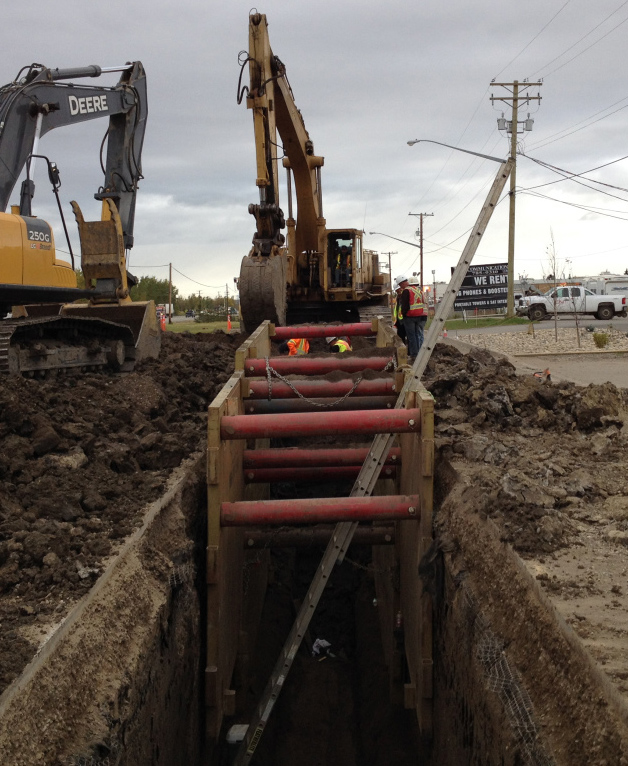 If the threat of an OSHA fine isn’t enough to convince contractors to work safely, the threat of jail time could be. The owner of two New York construction companies is facing up to 15 years in jail after a wall collapsed at an excavation site, killing one worker and seriously injuring two others. In that case, prosecutors allege that the owner repeatedly ignored requests from workers to provide shoring and even instructed workers to excavate beyond the area included on their permits.

In all of these cases, owners opened themselves up to criminal charges by repeatedly ignoring OSHA standards and failing to implement proper construction procedures after being cited in the past. This pattern of behavior made it clear that awareness of how to work safely wasn’t the issue. Failing to make safety and health a priority on the jobsite had fatal consequences for their workers – it should also have serious consequences for owners who ignore the law.

For assistance with trench safety or other hazards on your site, contact the LHSFNA’s OSH Division at 202-628-5465 to set up a site inspection or review of your safety programs.