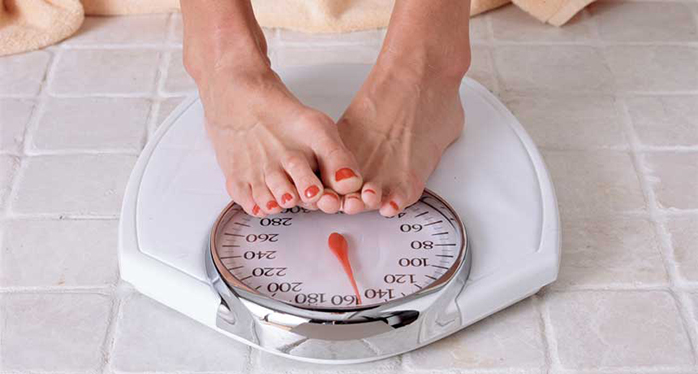 The Heavy Toll of Up and Down Weight Loss 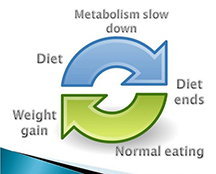 Anyone who has ever gone on a diet knows one of the biggest challenges is keeping the weight off once it’s been lost. It can be especially difficult when the weight was lost quickly. Millions of people do not succeed and are caught in a cycle of repeatedly losing weight only to put it back on again. This is called yo-yo dieting, and in addition to being frustrating, it may also be harmful to your health.

New research finds that gaining, losing and regaining weight can be very stressful on the body. A study of 10,000 heart patients found that people whose weight routinely fluctuated by eight to 10 pounds were twice as likely to suffer from heart disease, heart attack, stroke and other cardiovascular problems than people with weight shifts of two pounds or less. Yo-yo dieters were also more likely to develop diabetes, which increases risk for developing heart disease.

Why Dieters Have Trouble Keeping Weight Off

Current guidelines call for a minimum of:

Physical activity is most effective in increments of at least 10 minutes and, if possible, should be spread throughout the week.

Most weight loss programs that result in yo-yo dieting are fad diets that involve drastically changing eating patterns for a specific number of days or weeks. During this time, dieters often eat very low-calorie meal replacements – bars, shakes and soups – or follow a program where the primary food is a specific fruit or vegetable like watermelon or cabbage. Weight loss under these approaches can be quick but it usually isn’t permanent because:

Evidence indicates that people who lose weight slowly (one to two pounds a week) are more likely to be successful at keeping it off. That’s because the body has time to adjust to the calorie reduction so metabolism doesn’t slow and because of behavior changes such as a commitment to losing weight over the long term through physical activity and a nutritious diet. Losing one to two pounds a week requires cutting daily calorie intake by 500-1,000 calories. The good news is that many of the foods that are part of a healthy diet are also helpful in reducing calorie intake, maintaining weight loss and protecting against a number of chronic conditions including heart disease, stroke and diabetes. According to the Dietary Guidelines for Americans, the basis for nutritional recommendations in the United States, a pattern for healthy eating should include:

Additional information on healthy eating can be found at choosemyplate.gov.