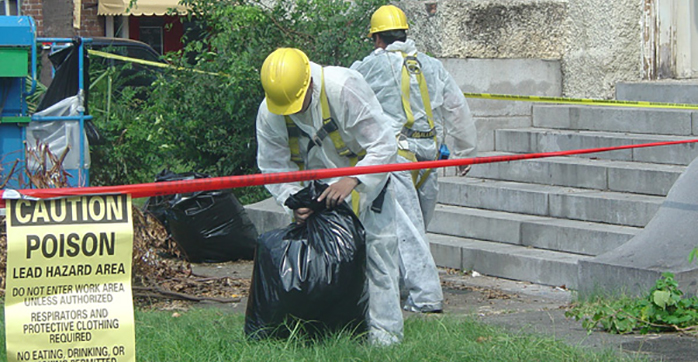 Exposure to low levels of lead, long known as hazardous for children, may be more dangerous for adults than previously thought, particularly when it comes to heart health. New research from the Centers for Disease Control and Prevention (CDC) linked lead to about 400,000 deaths every year in the U.S., many from heart disease. That’s 10 times higher than previous estimates of lead-related deaths.

According to OSHA, more than 17 million American workers are potentially exposed to lead on the job and more than half of those people work in construction.

“Exposure to lead is a serious risk for LIUNA members working on renovation and demolition projects, bridge maintenance and other tasks where lead paint was used. Workers can also be exposed during cleanup, when lead residue may be in soil or water,” says LHSFNA Management Co-Chairman Noel C. Borck. “These new findings from the CDC should serve as a reminder for employers to be vigilant about worker exposure to lead and make use of controls that can protect workers.”

What Does Lead Do?

Most workplace exposures to lead occur when workers inhale lead as a dust, fume or mist or when they ingest it. No matter how it enters the body, once lead enters the bloodstream, it circulates throughout the body and settles into bones, organs and tissues. As exposure continues, the amount permanently stored in the body increases and can slowly cause irreversible damage. In addition to heart disease, chronic exposure to lead in adults can cause high blood pressure, affect the kidneys, nervous and reproductive systems and cause cognitive decline.

From a Contributing Factor to a Top Killer 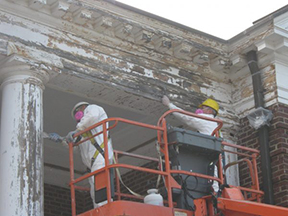 Heart disease is a leading cause of death for both Americans and Canadians. Between the two countries, heart disease kills almost 700,000 people every year. Exposure to lead is a known risk factor for heart disease. However, prior to the study above, a common belief was that lead did not become a factor until a person’s blood lead level (BLL) was greater than five micrograms per deciliter (µg/dL). In other words, a BLL of five µg/dL was thought to be safe for adults. Researchers now believe lead’s toxic effects can occur at much lower concentrations and that low-lead exposures could be responsible for 265,000 premature deaths from heart disease among U.S. adults every year.

“Our finding, that there is no threshold for toxic chemicals, should no longer be surprising,” said lead study author Bruce Lanphear, MD, MPH. “We and others have found that there are ... steeper increases in risk at the lower levels of exposure for some of the most well-studied toxic chemicals, like lead, air pollution, benzene and asbestos. These studies indicate that we need to achieve near-zero exposures to protect people’s health.”

What Should Employers Do? 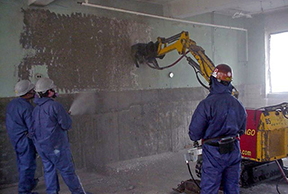 OSHA’s current lead standard establishes a permissible exposure limit (PEL) of 50 µg/m3 and an action level (AL) of 30 µg/m3. (The AL is when monitoring, medical surveillance of exposed workers and training requirements become mandatory.) To reduce exposures below the PEL, employers should implement engineering and administrative controls that include tool exhaust ventilation and time limits for workers involved in tasks that expose them to lead. Employers should also provide personal protective equipment (PPE) including respirators, gloves and clothing that can be cleaned or disposed of at the end of each shift. To protect family members, workers should be instructed to never take PPE home. It’s also important that workers never eat or smoke in areas where they can be exposed to lead.

To find out more about preventing lead exposure on your job site, order the LHSFNA’s Lead Poisoning Health Alert through the online Publications Catalogue or call the OSH Division at 202-628-5465. The LHSFNA also helped develop a guide, available at the Federal Highway Administration’s website, which details safe practices for bridge repair, renovation and demolition projects.

Will There Be New Regulation?

The new information on lead toxicity comes as the Environmental Protection Agency (EPA) is struggling with how to assess the risk of lead exposure in public and commercial buildings and whether to issue a ruling that regulates lead-based paint abatement.

Before making a decision on whether a ruling is necessary, the agency wants to revise a questionnaire sent to nearly 20,000 contractors and other employers about the potential for lead dust exposures to occupants during renovations.