As a society, there was a time when we didn’t say the word “cancer” out loud, but rather only whispered it. The word was associated with shame and embarrassment. We have certainly come a long way since then – pink ribbons have become synonymous with breast cancer, people raise money for cancer via Facebook and we openly discuss health habits and behaviors to try and prevent cancer. 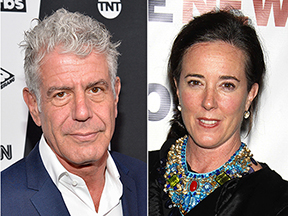 Unfortunately, we are way behind when it comes to our comfort level in discussing and accepting mental health-related issues, including suicide. The recent high-profile suicides of Anthony Bourdain and Kate Spade have brought more attention to this crisis in our country, where we are currently losing about 105 people to suicide every day.

Calls to the National Suicide Prevention Lifeline spiked 65 percent the week after news of Bourdain and Spade’s suicides, showing that there are a lot of people suffering from depression and other mental health issues. Two recent reports from the Centers for Disease Control and Prevention (CDC) showed the increase in suicides across the U.S. between 1999 and 2016:

In a separate 2016 report, the CDC found that construction has the second highest rate of suicide for any industry. Factors that contribute to high rates of suicide in construction include:

One of the biggest challenges in addressing behavioral health issues such as depression, anxiety, substance abuse and suicide is figuring how to balance business needs with human needs. We know jobsites still need to run smoothly, but we also know that the wellbeing of workers is critical to making sure work gets done safely. It’s also the right thing to do.

“LIUNA takes the health and safety of its members very seriously. That includes their mental and emotional health,” says LIUNA General President Terry O’Sullivan. “LIUNA members refer to each other as brothers and sisters because the union is a family. When times are tough, families stick together and support each other. The support of a union brother or sister during a tough time could make all the difference in another member’s life.”

Five Steps to Help Someone at Risk

Find out how this can save a life by visiting www.BeThe1To.com.