The death of George Floyd has sparked worldwide protests and renewed conversations about police violence, lasting structural racism and what both individuals and organizations should be doing to create change. Some of those national conversations are literally happening on LIUNA’s doorstep, with the recent renaming of the street LIUNA headquarters sits on to Black Lives Matter Plaza.

The LHSFNA has always been on the forefront of health and safety issues affecting LIUNA’s membership. Being a leader sometimes means paving the way for others, even if issues are challenging or make people uncomfortable. Recent examples within the Fund include suicide, stigma and workplace violence. So while it may make some people uncomfortable, it is past time to acknowledge the systemic discrimination and structural racism that is still keeping millions of black Americans from living full, healthy lives. 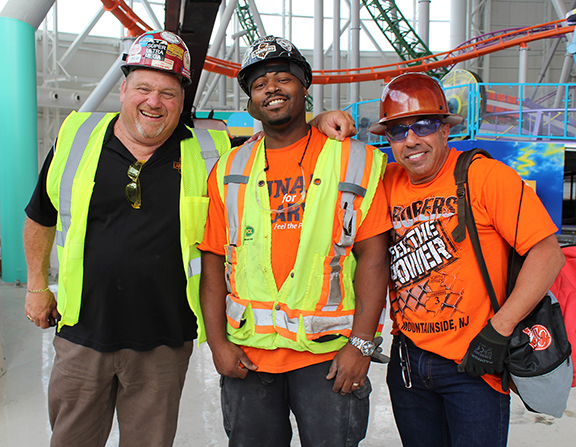 The Fund’s mission includes not only helping to improve working conditions for LIUNA’s members, but also enhancing the health of those members and their families throughout their lives. The proud Brothers and Sisters who make up LIUNA’s membership come from a diverse group of backgrounds, races and ethnicities. As the coronavirus pandemic and the recent protests following George Floyd’s death have made clear, there is still a lot of work to do to reduce health disparities among minority populations.

Part of what may make this uncomfortable to discuss is that it requires us to recognize that structural racism is not only a thing of America’s past, but also very much a part of its present. Processing thoughts and emotions around racism is deeply personal, and people of all races and backgrounds may have very different experiences and thoughts regarding racism. As a Fund, we aren’t here to tell anyone how to feel. Instead, we are here to encourage thoughtful, productive and respectful conversations about racism in our society, and among our LIUNA family, with the goal of creating positive change. 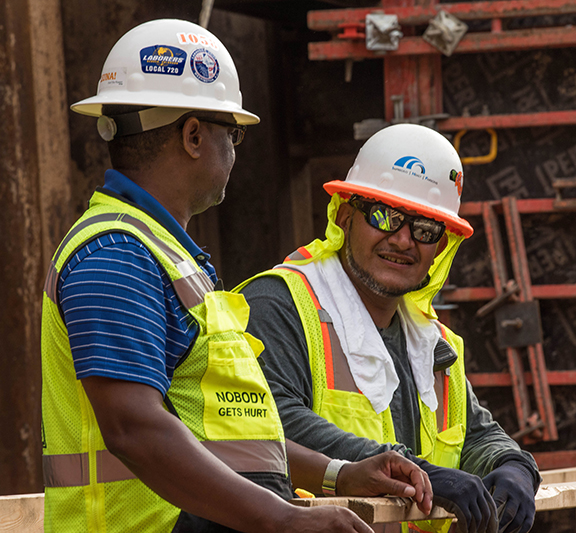 As we discuss in more detail in this month’s article on health disparities, COVID-19 is just the latest example of how communities of color are often disproportionately affected by public health emergencies. Current COVID-19 data shows a disproportionate burden of illness and death among racial and ethnic minority groups. This is only one example, however.

The Black Lives Matter movement has brought increased attention to excessive force by police as a public health issue. Data shows black Americans are more likely to be killed and more likely to have force used against them. In addition to physical harm, research shows this causes ongoing and cumulative psychological effects.

For most Americans, increased household income tends to also lead to improved health. However, this effect isn’t nearly as strong for black, Hispanic and Latino Americans. When researchers studied the causes for this, their findings pointed to unfair treatment and chronic discrimination as a factor: “For Hispanics, income gains over time actually increase the frequency of encounters of chronic discrimination. Thus ... upward mobility serves a protective function for Whites but places African Americans and Hispanics at a greater risk.”

In the U.S., some states have Native American populations with life expectancies almost 20 years lower than the general population. The causes for these health disparities are rooted in both historical racism and present day discrimation, especially inadequate access to the health care system. In Canada, Indigenous people also experience significant health disparities tied to systemic racism. Research estimates that Indigenous people on average have a life expectancy 11 years lower than non-Indigenous groups. Canada’s own national police service has recently grappled with and acknowledged systemic racism within its ranks. 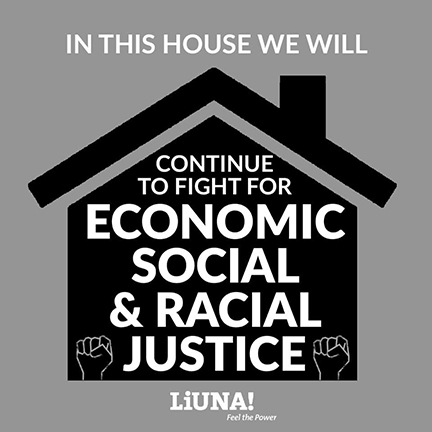 To change health disparities like these, we must address the role that systemic racism plays in our society, our politics and our economy, and be clear about how it harms health and threatens people’s lives. It won’t be easy to successfully address justice, equity, diversity and inclusion, and change isn’t going to happen overnight. We will all need to be thoughtful and intentional in our actions and stay focused on how we can effect change. The LHSFNA is committed to bringing more attention to racial health disparities so we can achieve our goal of supporting and empowering all LIUNA members, especially those who are most vulnerable.

As General President O’Sullivan said after the killing of George Floyd, “We must recommit ourselves to the fight to eradicate bigotry and discrimination and to bring about the critical reforms our country so desperately needs.”